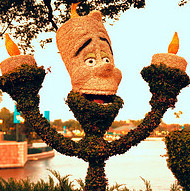 Following our recent call for guest bloggers, we’re pleased to announce that we have lined up some fabulous ones! We’re planning to have two each month from now until around August or September (by the way, if you volunteered and are still waiting to hear from us either way, it’s because we haven’t quite finalised the later months). Each guest blogger will be with us for a month and will post as little or as much as they want and are able to do.

For March, please give a warm welcome to our first pair of guests:

JKBC is a young agender person living in Wales. Ze blogs at Anger is Justified and has a strong anti-kyriarchy stance, which ze tries to carry over into zans day-to-day life outside the internet along with zans belief in equality, justice and human rights. As far as less social and political interests go, ze plays bass and likes heavy metal, although it’s a bit of a love-hate relationship since ze spends most of the time music is playing *muttering* about the presence of the kyriarchy in the track.

Amelia is a mixed race feminist entrepreneur who claimed none of these labels until her mid-twenties. After earning her degree in Japanese Studies from the University of Sheffield, Amelia began MA Gender Studies at SOAS before realising that her feminist interests lie more in practice than theory. She spends her weekdays temping at a Yorkshire industrial estate, builds up her own business at breaks, evenings and weekends, and has a Saturday job taking international students on day trips. She is very thankful for her feminist ally partner, whose endless support, cooking skills and knowledge of entertaining TV from the last 10 years is making this guest blogging possible!

Picture by Express Monorail, shared under a Creative Commons license