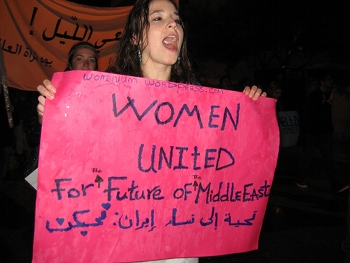 Hello and welcome to this week’s round-up post. It’s one day late, but just as full of links we saw, found of interest, but didn’t get around to blogging about. Please do also leave links to other stuff we’ve missed in the comments.

As always, linking does not equal endorsement.

Website makes sex too easy at U. of C. Chicago Tribune

AnonyMiss, the yin to the Anonymous yang Boing Boing

Mythcommunication: it’s not that they don’t understand, they just don’t like the answer Yes Means Yes

In the Plants vs. Zombies world, there are only men The Borderhouse

How to avoid a gendered conference Feminist Philosophers

The life and times of Stella Browne: feminist and free spirit womensgrid

Put your cervix in the spotlight Lesbilicious

How much is your daughter worth? Honolulu Weekly

Much less religious, a little more spiritual: the religious and spiritual views of third-wave feminists in the UK Feminist Review

Why I deserved to be called an offensive bitch Skepchick

Afghan women are still at risk Comment is Free

The great wall of vagina Riots Not Diets

Inevitably, rights need to be defended Refusing the default

Sucker Punch goes beyond awful, to become commentary on the death of moviemaking io9

To quota or not to quota? Women in Technology

Growing pains of a male feminist The Root

And the now-traditional closing number:

The Gits, A Change is Gonna Come:

Photo of Take Back the Night by Joelle Hatem, shared on Flickr under a Creative Commons license