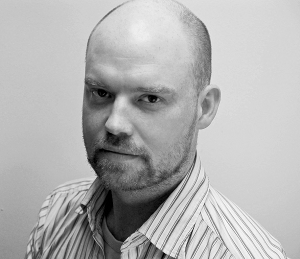 Katherine Wootton speaks with Ken Wardrop, the director of the creative documentary His & Hers. Read her review of the film here.

What is the film about for you?

Essentially I like to think of it as a love story that charts a life.

The narrative of it is created via 69 different women who are telling a story which I constructed: it mirrors my mum’s love story which is very ordinary, but extraordinary in so many ways, at the heart of it was the really strong bond and a love affair.

I had come to a stage in my life where I’d been single for 11 years and become very cynical about the whole love thing, and I thought I needed to explore this. That’s why I looked to my mum, that was the success story, and I thought – could I tell a love story that’s a success, that doesn’t have any drama, that’s just about ordinary average people in the everyday scenario talking about life?

All the women in it are cast in and around Rhode, County Offaly; one of the criteria for the casting and the set up [was to have] people who reminded [the researcher and me] of my mom or her friends or her neighbours; I wanted to keep it in that realm of the world that I knew.

So you had a very specific character in mind while you were doing the interviews?

Oh absolutely. Hence everybody’s from the same socioeconomic background, they are all of a particular type, because it wasn’t about being a representation of Irish women, because it’s not, Ireland’s so diverse – it would have been crazy. I imposed limitations from the onset, so the film is very specifically to do with women’s relationships with men, and I just wanted it to be about everyday things.

Would you consider it a feminist film?

A: I don’t know what a feminist film is. If it’s feminist or anti-feminist it’s just pure chance. I wanted to tell a story which was a love story, I fell into a realm of putting restrictions on it otherwise I would have had a jumble of nonsense in my own head.

How do you think the women are portrayed in the film?

I’m portraying a love story – people who have found love that happen to be women talking about men. I’d hate for people to read the film as a representation of any kind of woman, because there is such a rich variety. For me it’s a celebration of womanhood, the women are so beautifully unique and endearing.

It’s been a wonderful cathartic experience – I know it sounds really corny, but I’ve become a romantic because of it. The way [the women] could respond about the men in their lives – you just could tell [that they were in love], and maybe that’s true feminism, they were in relationships that were truly equal and the dynamic was just perfect.

That’s lovely – that the film is like a paean to love, and says it’s OK to be romantic – that love is a pillar in their life.

And so it should be. The great thing about romance is that you find a person that makes you a better person, that’s what it’s all about, it’s about finding someone that you know you would be a lesser person if you hadn’t come across them.

You do so much in your films – write, direct edit – is there one role that you identify with, or are you simply a filmmaker?

Filmmaker is right – there are roles I enjoy more, I really enjoy meeting the people, but it can become stressful. The process I really love is the editing because it’s where you’re fixing the puzzle. If you’ve written a script, that’s where you’re sorting it out, you’re editing as you go, you know the story. But with a documentarian it’s only truly coming together in the edit. That’s where the story starts to unfold.