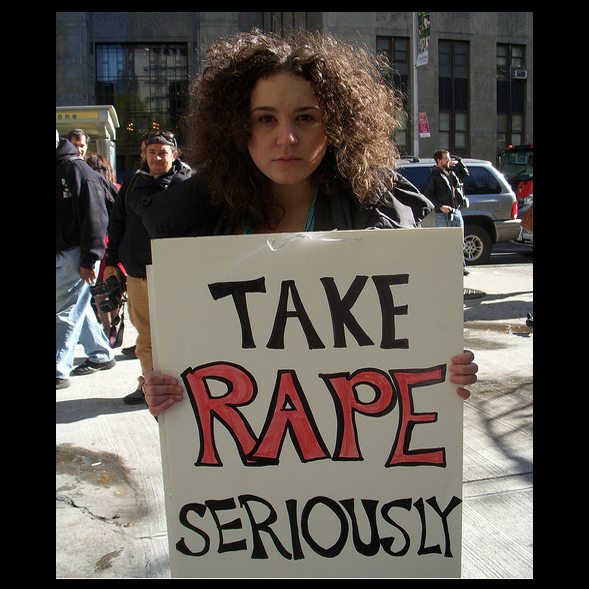 “Rape is the only crime in which the victim becomes the accused.” – Freda Adler

If I was a journalist, and I was reporting on the alleged gang rape of an 11 year old girl, I imagine I would discuss the horror of the situation. I would talk to experts on child rape, and perhaps provide sources of support and information. I would write about the long-term effects that such an assault can have on a girl, and I would perhaps discuss what may be involved in the legal process ahead for this child and the accused men and boys.

However, in researching the story, I found this,

But this is a case that has divided this Liberty County town.

Some sympathize with the suspects, saying the alleged victim was a willing participant, even though she is too young to give legal consent

as reported in My Fox Houston and elsewhere.

That information would change my approach altogether. Her local community and fellow students coming out with statements like,

“”To be honest, she looks older than she really is,” says Brandi Foster”,

““Where was her mother? What was her mother thinking?” said Ms. Harrison, one of a handful of neighbors who would speak on the record”

This girl was allegedly raped by as many as 20 men and boys. She was 11 years old.

Not only are the child, and her mother, being blamed for her assault, an awful lot of concern is expressed for the defendants.

“It’s just destroyed our community,” said Sheila Harrison, 48, a hospital worker who says she knows several of the defendants. “These boys have to live with this the rest of their lives.”

“It’s devastating, and it’s really tearing our community apart,” she said. “I really wish that this could end in a better light.” (from NY Times)

Sherry Fletcher, whose 20-year-old son Devo Shaun Green is among those charged, spoke to the network about her son’s arrest. She said: ‘It just seems like a dream. ‘I just hope everything comes out well, because some of these kids are innocent.’ (from Daily Mail, safe link).

And if I was a journalist reporting this story, I would never, ever do what the New York Times in particular did, and report uncritically on a community’s victim-blaming of an 11 year old girl who has had video of her alleged gang rape passed around her school, and which is now being investigated by the police.

James McKinley, the journalist, considers it newsworthy that

Residents in the neighborhood where the abandoned trailer stands — known as the Quarters — said the victim had been visiting various friends there for months. They said she dressed older than her age, wearing makeup and fashions more appropriate to a woman in her 20s. She would hang out with teenage boys at a playground, some said.

People should know better. The New York Times in particular should.

Other online reports of this story have comments like,

It doesn’t make it right but when all the truth comes out I won’t be surprised if it turns out that she was telling everyone she was 17 yrs old and that she probably orchestrated the whole thing. A lot of young people’s lives will be ruined by this young, promiscuous girl. Something this big had to have been planned. Put them all in jail including the young girl.

This misogyny has to end! It does not even matter if she had told anyone she was 17. Or 27. Or 87. Women and girls get raped through no fault of their own. How many times do we need to report this until it is understood?

Thank you to Women’s eNews for the photo, and to Liz Henry for the heads-up to the story.