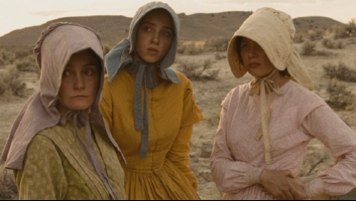 What is a ‘feminist character’?

True Grit has been much praised in the feminist media for its lead character, Mattie Ross. (Including at The F-Word: Taraneh Ghajar Jerven’s review makes the case in a lively manner.)

Feminist Frequency released a counterpoint to the love-in, criticising the way that Mattie’s character is considered ‘strong’ because she behaves in a masculine-coded manner, which plays into the standard Hollywood model of lauding ‘masculine’ and the expense of ‘feminine’ coded qualities:

I won’t go into the specifics of where I agree or disagree with Anita Sarkeesian’s analysis here, but I do think that this idea we should be aiming for “feminist characters” is somewhat not the point. Perhaps it’s a symptom of how far we have to go with representation of women and how gender plays out in the movies, but I think this is just too much weight to put on specific female characters.

What I want is to see a wide range of female characters, who are basically represented as human beings, not for individual characters to be particular embodiments of feminist values. (Unless they are feminists, and that’s part of the plot!)

Alternatively, and as well as this, I want to see films that deal with feminist issues.

True Grit is a Western and retains many of the limitations of that genre. It is problematic in places. One of the strengths is Hailee Steinfeld’s performance as Mattie, without question. She is a refreshing female character, to be sure, but let’s look more broadly.

For example, also in the Western genre, last week I caught the screening of Meek’s Cutoff at the Birds Eye View festival, which follows three families as they get extremely lost.

A totally different sort of film, it’s a lot less fun and a lot grimmer than True Grit, but riveting – mostly because of the female characters, who are at the centre of the film. One of the things that I like from a feminist perspective is that, while there is a central female character, the film’s strength is that character is not a lone woman plopped down in a ‘man’s world’, but we see her interact with the other women and men in the wagon trail. 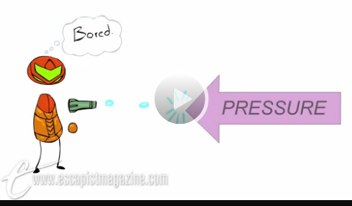