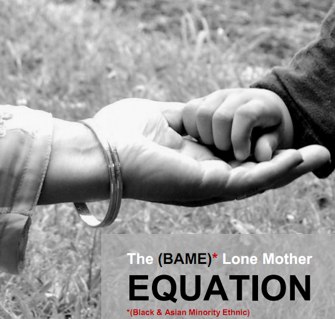 Farida Yesmin, director of the Limehouse Project, in the forward to the organisation’s report on BAME lone mothers:

The figure of the

lone mother still continues to be disparaged, looked-down upon and in some cases, even blamed by

academic, economic and policy circles alike for a multitude of socio-economic ills.

causes, yet somehow, it is the figure of the lone mother who is forced to bear the burden of unjust,

and often unfounded, accusations of doing ill by her children, her community and thus the wider

society, simply through her very existence as a single person – an existence that is complicated even

For whether they are

simply unable to access basic services because of language barriers, or having to live beyond the

poverty line with no apparent way out, BAME lone mothers in particular are set to suffer some of

funding streams. Often dismissed as voiceless or incapable, it is common practice for decision-making bodies to construct their own conclusions with little direct consultation as to who BAME lone

mothers are and what they need, thus forging ahead with judgments that have nothing to do with