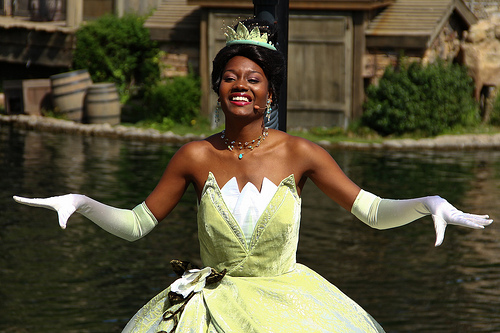 Ray Filar·17 April 2011
Life
“It would be extremely unwise of anyone to try and spoil a happy day of national celebration.” – Boris Johnson, feminist icon

Once upon a time, in the far away land of Berkshire, a beautiful little girl called Catherine was born to the nouveau riche Middleton family. As she grew older, she would sit by a wishing well, singing daintily to the mysteriously sentient birds that clustered there. It is said that proletarian residents of the Middletons’ village would hear strains of ‘Someday my prince will come’ floating over the wall of the house where little Kate was confined. Very shortly after Kate began singing about wanting a prince to rescue her from her debilitating solitude, he appeared. Aside from a few minor dwarf-oriented subplots, they were soon conjoined in holiest matrimony and lived happily ever after.

Wait, now I come to think about it, that might be the basic plot of Disney’s Snow White and the Seven Dwarfs, released in 1937. Nowadays, Disney heroines are very slightly less a misogynist’s wet dream, but you could be forgiven, after reading much of the media coverage of the forthcoming royal wedding, for thinking 1937 has come again (hopefully much like Snow White’s prince. And Snow White, obviously. I do hope that they both managed to come regularly during their happily married lives.)

Fictional characters’ orgasm frequencies aside, the media build up to the royal wedding has slowly but surely lubricated the royalists’ clunky marketing machine, as a result of which Kate Middleton, a rich and privileged but otherwise normal person, is re-branded as the central figure in an odd sort of fairy parable. Allusions to this archetypal story in which a peasant woman marries a prince and becomes a princess buttress the lurid media coverage. The objectionable assumption is that the archetype still has the power or relevance to transfix the nation’s imagination.

The sheer relentlessness with which attainment of princesshood is being presented as both desirable and admirable is frankly a little bit sickening. I’m under no illusions about the number of people who keep the radical feminist analysis of prince/princess mythologies that is Andrea Dworkin’s Woman Hating under their pillows (if you are one of these people please call me). But one doesn’t have to be a die-hard Dworkinite to recognise every story reporting on some irrelevant minutiae of the wedding’s organisation, and every scare about ‘anarchists’ targeting the national celebrations, as more grist to the mill of the whole gender-role-pushing, vulgar, money-spinning bandwagon.

Imagine strong, handsome, ruddy-cheeked Prince William giving up his job as a helicopter pilot to marry a prince (or a princess of the kind that is actually heir to a modicum of state power, even as figurehead)

On many accounts, Kate has given up her previous career, at least for the build up to the wedding, in preparation for the onset of princessness. It would be unfair to simply blame her for this. I can only imagine what kinds of pressures she may be under to conform to what is expected. But at the same time, I have not really seen any journalist challenge the seemingly foregone logic that marrying a prince primarily entails a full-time role as official princess.

The implication is that subsequent to the marriage, Kate’s career will be distinctly secondary, that really, her subsequent career will be ‘princess’. It is as if the title confers a difference in kind on its grateful acquirer, once merely mortal, now passively reified, admitted to the sacramental circles of the blue blooded. 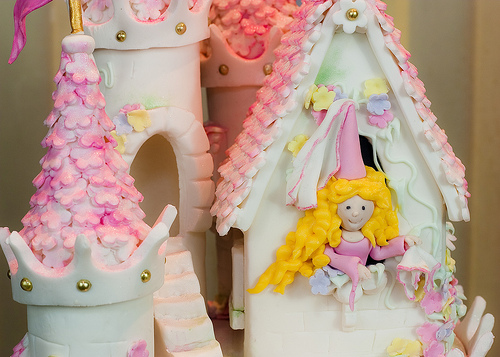 As far as I can make out, the role of someone who is only a princess by virtue of marrying a prince is this: a prince’s wife, a mother to heirs, an attender of state functions, perhaps with some occasional token charity work. William will not give up his job as a helicopter pilot, nor is it suggested that he should.

Extrapolating from the favourable media reports that William asked Kate’s dad’s permission for her hand, we might be able to just about deduce that this is no modern, feminist marriage. As if Kate’s dad owns her hand, or any other part of her. A recent ‘big story’, that William will not wear a wedding ring, though Kate will, is further icing on the cake of their royally betrothed power dynamic. Unlike William, Kate will be defined merely in virtue of her marriage – something utterly antithetical to the great strides feminism is supposed to be making into the upper echelons of institutionalised sexist tradition.

Equal celebration and denigration of woman-only-as-wife are still rife in much, if not most of the national media. One needs only to contrast the considerable coverage allotted to, for example, male politicians and footballer’s female partners, with the relative obscurity of female politicians and footballers, to see this. Some writers seem to consider the right to free speech as a go-ahead for an insidious misogyny which threatens to force traditional gender roles down our throats until we stop muttering nonsense about women being human too, or whatever. The media’s wholehearted advocation of Kate Middleton as being successful, more successful than those other women who only do things like conflict resolution or working on a cure for cancer or sitting on the board of a company, is not just sexist and retrograde, but also slightly surreal.

At stake here, however, is not just the idea of woman as wife, but a specific instantiation of a riches-to-aristocracy princess mythology. Princess Kate is good, kind, beautiful, well-mannered and passive, like all fairytale princesses. What Catherine Middleton is actually like as a person is irrelevant to the story we are being sold.

The trick here is to imagine the gender roles the other way round. Imagine strong, handsome, ruddy-cheeked Prince William giving up his job as a helicopter pilot to marry a prince (or a princess of the kind that is actually heir to a modicum of state power, even as figurehead). Imagine that it is assumed he will spend much of his time henceforth raising heirs, being beautiful, going to parties and dressing well. Can you imagine this happening? I can’t. The maintenance of polarised binary gender is well and truly alive within the royal wedding’s national narrative. Kate might as well stock up on pink, glittery princess outfits from the Disney store right now, preferably from a range that does matching mother and daughter dresses (though perhaps she will hope for sons until such time as the UK sees fit to overturn male-preference primogeniture laws).

The promotion of stereotypical gender roles is blatant, but other, less conspicuous assumptions support the credulous, glowing media reports. One such assumption is that even though our society is ostensibly just about OK with homosexuality, unmarried cohabitation, non-monogamous couplings and so on – what we really should all still be aspiring to is Wills and Kate’s ideal, heterosexual marriage between young, attractive, rich white people in a church. This is marriage’s ultimate Platonic form, the reporters seem to be implying, this is what you should all aspire to. We understand that not everyone can marry their Prince Charming, but by god we should be trying to. If we can’t bring ourselves to completely renounce our wicked, sinful, fornication-outside-of-holy-matrimony ways, then we should at least pretend to be buying into the culture that supports the opposite. 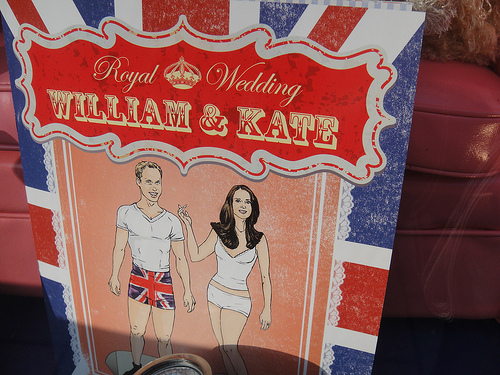 Indeed, buying is the operative term. Feeding into the royal wedding’s unsubtly enforced premise of national celebration, is, of course, an unabashed assumption that we will consume as we are told. Look at how happy the nation is on this wonderful day! Buy this poorly designed tea towel! Here, have a mug as well! Not lucky enough to be invited to the special event? Oh well, cheer yourself up by pre-ordering an official commemorative coin! Even the kingdom’s peasants can take away some Wills & Kate merchandise.

Aside from being entirely revolting in itself, the furore around the royal wedding provides a current on which those with a vested interest in making money out of selling sexism can ride. One example are the odious Princess Prep classes, advertised with the tag-line ‘All little girls dream of becoming a princess’. This summer school is provided to girls (and only to girls) too young to have much developed their capacity for analytical engagement with the implications of the activities on which they are enrolled. I can’t help thinking that if the girls attending princess classes are not at the same time provided with the critical tools to make up their own minds about whether the stifling docility of the princess role is for them, it is a form of, at least… severely questionable teaching.

Even for those, both young and old, who escape such official indoctrination, the internalisation of such retrograde ideas about gender is tough to avoid in a cultural climate which is currently doing its very best to promote moral admiration of the heterosexist ‘Wills & Kate’ ideal.

This is a reality TV show wedding. It’s a little surprising that Modern-Day Princess™: Kate’s Big Day Approaches, “a fly-on-the-wall show following Kate Middleton as she prepares for the greatest day of her life”, hasn’t yet been made. The unremitting marketing, merchandising and the promotion of a sexist status quo that underpins it all is everything that might be associated with the crass value system of reality TV. The Guardian’s April Fools’ joke, that they would be running a 24-hour live blog of all the preparations from 1 to 29 April, was spot on. But I, for one, am not buying it.