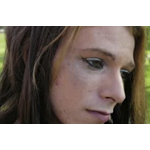 Restroom panic, sometimes also known as bathroom panic; the terms mean the same. They refer to the sense of moral outrage and indignation experienced by some cis people on realising that trans people (generally trans women) use the same public toilets as they do. It’s an irrational fear grounded in the transphobic notion that trans women, regardless of our legal, medical or surgical status should be denied access to restrooms consistent with our gender presentation.

Too often the reasoning behind this idea seems to be that we will assault cis women if we’re not kept out of public toilets. Yet no proponent of this cissexist justification has ever come up with irrefutable proof – court case reports, police records, press reports, just one thing – to show that even one trans woman has ever attacked or otherwise assaulted a cis woman in one of “their” restrooms. Quite the reverse, in fact: there have been numerous instances of trans women being harassed and assaulted by cis people in public conveniences without fear of reprisal.

The latest manifestation of this ciscentric hysteria reached new depths last Monday, 18 April, in a McDonald’s restaurant in Baltimore with a vicious assault being captured on cellphone video:

The video shows two women — one of them a 14-year-old girl — repeatedly kicking and punching the 22-year-old victim in the head, as an employee of the Rosedale restaurant and a patron try to intervene. Others can be heard laughing, and men are seen standing idly by.

Toward the end of the video, one of the suspects lands a punishing blow to the victim’s head, and she appears to have a seizure. A man’s voice tells the women to run because police are coming. [Baltimore Sun]

Trigger warning: Here is a link to the video of the attack [YouTube]

As far as I know, the victim is still in hospital, where she was taken after the attack, and no update has yet been issued regarding her condition.

I have seen numerous commentaries online (Google News) and two themes are emerging. First, that the attack was motivated by race (the victim is white, her attackers are black). In my opinion, this is reverse racism and has no place in any discussion of this attack. In addition, it overlooks the fact that one of the attackers is herself quoted as saying that the fight was “over using a bathroom.” (Baltimore Sun). Finally, it ignores the published statistics showing that over 70% of transphobic violence is against women of colour (WoC). (Trans Murder Monitoring project) In that context, this attack is an exception to the norm – not that that makes it any better.

The second emerging commentary seems to be a call for the dismissal of the restaurant staff for failing to step in and stop the attack. In my view, this is a kneejerk reaction and I wonder what practical benefit it would have. Disciplinary action should certainly be taken by McDonalds but let’s not forget that any of the other customers could have intervened. One did, eventually – and another recorded the now viral cellphone video. So what action should be taken against those customers? It seems to me that education on trans issues should be a priority here, in the hope that the seeds of attitudinal change can be planted.

I believe it’s time to stop centring cis women’s unfounded concerns above the safety of trans women. Like it or not, trans women are women and, as such, we have as much right as any other woman not to be brutally assaulted when using public toilets.

ETA: Via The Baltimore Sun:

A Baltimore County McDonald’s owner announced on Saturday afternoon that an employee who taped the violent beating of a customer — a video that went viral Friday — had been fired.

My first and foremost concern is with the victim,” franchise owner Mitchell McPherson said in a statement, adding that action might be taken against other restaurant workers as well. “I’m as shocked and disturbed by this assault as anyone would be. The behavior displayed in the video is unfathomable and reprehensible.”

I’m still not convinced that dismissal of the employee is the ideal solution. This employee will presumably have to be replaced – and who’s to say his replacement will be any more enlightened? I still think that education of the staff should be (should have been?) a priority. And then there’s the matter of the customers who just stood by…

A transgender woman beaten at a Baltimore County McDonald’s spoke out on Saturday, saying that the attack was “definitely a hate crime” and that she’s been afraid to go out in public ever since.

“They said, ‘That’s a dude, that’s a dude and she’s in the female bathroom,’ ” said Chrissy Lee Polis, 22, who said she stopped at the Rosedale restaurant to use the restroom. “They spit in my face.”

“I knew they were taping me; I told the guy to stop,” said Polis, a resident of Baltimore. “They didn’t help me. They didn’t do nothing for me.”

[…] Police said the 14-year-old girl has been charged as a juvenile, while charges were pending against an 18-year-old woman. Reached Saturday, police officials said the investigation was continuing. 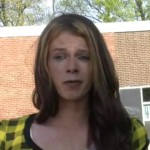 […] Baltimore County prosecutors will consider this week whether to prosecute the attack as a hate crime, which carries stiffer penalties than an assault charge, authorities said.

McDonald’s confirmed it fired Vernon Hackett, 22, an employee who was believed to have filmed the incident and posted it on YouTube.

ETA, 25 April: Via The Baltimore Sun:

Baltimore County police have named the 18-year-old charged with beating a transgender woman at Rosedale McDonald’s, amid demands from some community members that the incident be investigated as a hate crime.

Teonna Monae Brown of the 2000 block of Kelbourne Road in Rosedale was charged in the attack on Chrissy Lee Polis. […]

Brown, who was arrested Friday, has been charged with one count of first-degree assault and two counts of second-degree assault. She remains at the Baltimore County Detention Center on $150,000 bond.