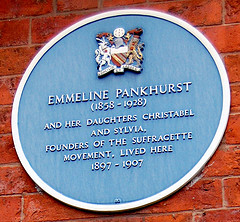 Does AV make a difference to women’s representation?

Nan Sloane, Director of the Centre for Women and Democracy, explains why political will is the key to increasing women’s representation in parliament

Tomorrow, I will be voting Yes in the referendum on the alternative vote (AV). I will be doing this because I think that the current first past the post system (FPTP) is incapable of reflecting the diversity of opinion that exists is a twenty-first century democracy. But I shall do so with my eyes open.

AV won’t change the world, but it will enable people to make sensible, practical choices. If your heart supports a small party, for instance, you can vote for it, and then you can vote for which of the likely winners you think would best represent your views, or at least not be totally opposed to them. When the result is declared you can know that you had a part in the collective process of arriving at it. It won’t solve the democratic deficit at one blow, but it will help. So I shall vote for change tomorrow.

Of course what I would really like to say is that AV will make it easier to increase the diversity of parliament, but unfortunately no electoral system on its own can do that, whatever claims are made for it by its proponents. Addressing that element of the democratic deficit requires something even more difficult than electoral reform – it needs political will at all levels of political parties and the political establishment, and this can be achieved under any system, even FPTP (first past the post).

In the UK, for instance, Labour’s use of positive action doubled the number of women MPs in 1997, and again in 2010 Labour was able to ensure that women were selected in “safe” seats vacated by men. As a consequence, 31% of the Parliamentary Labour Party is female. Similarly the Conservatives’ use of the A List system resulted in the number of Conservative women MPs nearly trebling in 2010. The Liberal Democrats have only 7 women MPs – 2 fewer than in 2005 – and have never used positive action, although they have now agreed a plan which is an advance on their previous position.

It is also true that whilst some countries which use proportional representation (PR) or AV do well, others have even fewer women in their parliaments than the UK. Ireland has the lowest percentage of women MPs in Europe, and the recent election has done nothing to improve matters. Italy (PR) and France (FPTP) are also behind us. All other European countries are ahead, in some cases by significant margins. PR certainly makes it easier for democracies to increase their diversity, but it does not guarantee it in itself.

The truth is that if you really want more women in politics you can achieve it regardless of the electoral system. You just have to want to do it enough.

So I shall vote Yes tomorrow, but at the same time I shall go on campaigning for both the political parties and the political system as a whole to develop the will to make our democracy more diverse. Only when we have achieved that will we have a democracy that’;s really fit for purpose.

Photo of a British heritage blue plaque which reads: ‘Emmeline Pankhurst (1858-1928) and her daughters Christabel and Sylvia, founders of the suffragette movement, lived here 1897-1907’ by Terry Waller, shared under a Creative Commons license