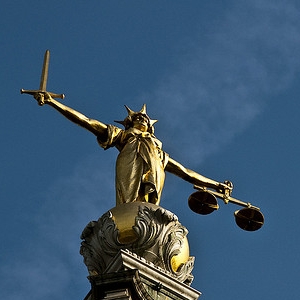 One in six specialist domestic violence courts will be shut down as a result of the cuts, the Law Society Gazette is reporting:

Shadow justice minister Andy Slaughter has tabled a series of parliamentary questions to justice secretary Kenneth Clarke on the impact of the closures, due to be answered this week.

The Specialist Domestic Violence Court (SDVC) was introduced in 2005 to make it easier for victims to give evidence and bring more offenders to justice.

The scheme was hailed as an immediate success by government and court users, and within four years 127 had been established.

However, 23 SDVCs are among the 142 courts that the Ministry of Justice plans to close during this parliament as part of its cost-cutting measures.

Slaughter said: ‘These specialist courts are a proven success at getting domestic violence cases through trial by supporting vulnerable women.

‘Closing one in six is further evidence that the government is targeting women and gives the lie to its claim that it is only outdated courts that are being closed.’

The Law Society also quotes a representative from Refuge talking about the impact of the cuts and goes into more details. A Ministry of Justice press officer is quoted saying the “services” provided by these courts will continue, even if the court that housed them has been shut down, but it will definitely be interesting to see what kind of assurances Ken Clarke can come up with on this: on the face of it, yet another example of the cuts being directed at the most vulnerable.

Photo of Old Bailey by Joe Dunkley, shared on Flickr under a Creative Commons license