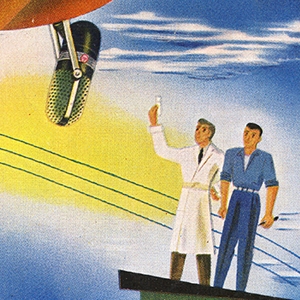 Men’s voices dominate the airwaves, an assessment of the ratio of male to female presenters on radio has concluded.

Journalist, novelist and sometimes F-Word contributor Bidisha totted up the number of presenters on one week’s radio programming, and found that men took up between 75% and 95% of the jobs.

Detail of a poster from 1951, shared on Flickr by roadsidepictures