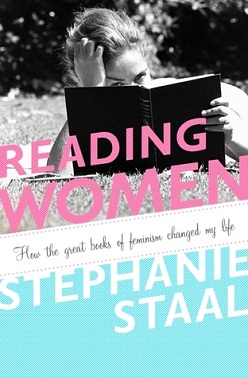 Reading Women: How the Great Books of Feminism Changed my Life

When Stephanie Staal came across Betty Friedan’s feminist classic The Feminine Mystique as a student, she thought it held no relevance to modern women’s lives. But when she picked the book up again a few years later – this time as a married mother-of-one struggling to keep a sense of her own identity amid the demands of career, chores and childcare – she was perturbed to find how closely its tales of housewife woe echoed her own.

Keen to discover what further insights other feminist books could now bring to her adult life, Staal decided to re-enrol in the ‘Fem Texts’ course she took at college: could delving back into the works of the feminist canon help her to recall those idealistic convictions they had inspired in her younger self, and allow her to reconcile them with the realities and responsibilities of adulthood she now faced?

Reading Women: How the Great Books of Feminism Changed my Life is an account of the personal and intellectual journey the course took Staal on as she set out to find the answers to these questions.

The reader is taken on a tour of feminism’s rich literary herstory, as Staal re-visits many key texts, including classic fiction such as The Awakening and The Yellow Wallpaper; Shulamith Firestone and Kate Millett’s radical second-wave polemics, The Dialectic of Sex and Sexual Politics; and more contemporary theoretical tomes such as Judith Butler’s Gender Trouble. Along the way, Staal also weaves in scenes from her own life, describing the different connections she has forged with the books as a result of her transition from college student to working wife and mother.

Together, this makes Reading Women a useful primer on the main issues which have occupied feminism (albeit white, Western, middle-class feminism) throughout the years, as well as an engaging story of one woman’s changing relationship to them.

Though Reading Women gives one woman’s highly personal perspective on the classic feminist texts and the affect they have had on her, it also highlights the positive impact reading – and rereading – feminism can have on women generally

Staal’s rereading of Simone de Beauvoir’s The Second Sex is illuminating for what it suggests about the difficulty of maintaining that “self […] intended for the larger world” – which feminism develops in us – against the backdrop of everyday life. When Staal first read The Second Sex as an undergraduate she identified with its arguments for women’s independence as well as Beauvoir’s own free-spirited lifestyle. But motherhood made Staal realise how “useless” that self is when it comes to “the making of sandwiches, dressing of writhing bodies, wiping of noses and spills”. However, she doesn’t regret trading in some of her freedom, for family life has fulfilled her in another way. As a result, Staal ends up disagreeing with Beauvoir’s more negative views on marriage and motherhood on her second reading.

She finds the words of Mary Wollstonecraft, author of feminism’s foundational treatise, A Vindication of the Rights of Woman, resonating more strongly with her adult self. Staal describes Wollstonecraft as a contradictory feminist figure: the choices she made in her personal life often didn’t conform to the principles she laid down on paper. Though whereas this is cause for some of Staal’s younger classmates to dismiss her, for Staal she offers new inspiration, because: “Wollstonecraft’s choices resounded with the lessons I had learned […] since entering adulthood – life is unpredictable, relationships are complex and the mind cannot always rule the heart.”

The reader is shown the value in reading feminism, not as dogma to never deviate from, but as something we can re-write to allow for the changes and complexities in our lives and identities

Though Reading Women gives one woman’s highly personal perspective on the classic feminist texts and the affect they have had on her, it also highlights the positive impact reading – and rereading – feminism can have on women generally.

Staal’s honesty about the different impressions she formed of the books on rereading them demonstrates this. The reader is not only prompted to consider how their own relationship to feminism may have changed over time, but also shows the value in reading feminism, not as dogma to never deviate from, but as something we can re-write to allow for the changes and complexities in our lives and identities. In this way it may continue – as it did for Staal – to challenge and excite us.

What’s more, reading feminism can offer us fresh insights into who we are as women; point to new paths our lives could take, and help us to shake off the sexist expectations surrounding us, so we can begin to write our own versions of ourselves instead. And though these versions may change as we go through life, necessitating a rereading and rewriting of our feminisms, as Staal shows here, this is something definitely worth doing.

LonerGrrrl is a Leicester-based feminist who earns money as an admin assistant in local government, though writing, radical politics, and rock ‘n’ roll keep her mind awake and her heart alive.