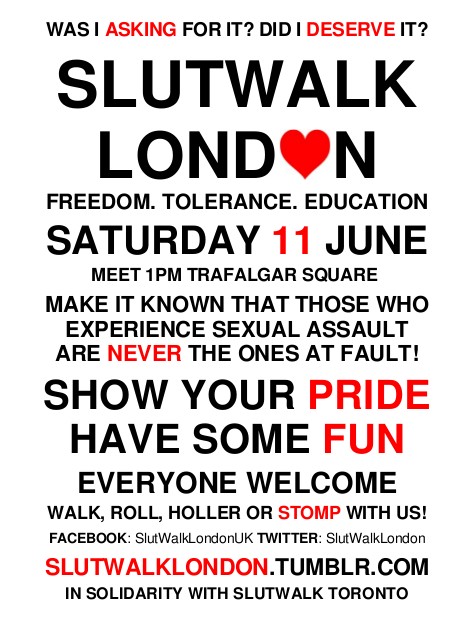 Here’s this week’s open thread for discussion and our regular round-up of some of the articles and blogs we’ve noticed over the last week or so, but not had time to post about. Lots of Slutwalk stuff, unsurprisingly.

March yes, but that word you use is helping no one (Independent, Opinion)

Indigenous Women: The Importance Of Sharing, Learning And Growing As Leaders (Association for Women’s Rights in Development)

Shame and Breast Cancer in Saudi Arabia (Gender Across Borders)

Representing representations of feminism (Zero at the bone)

Behind the Veil: Women’s influence in politics is growing but it is still small (Economist)

Domestic abuse is your business

Rape statistics: what can we rely on?

No to violence against women – United Nations European ad competition

10 odd things to say to someone with breast cancer

Rape in the Congo much higher than UN reports

Electro Feminisms: I Bet You Look Better on the Dancefloor (Bitch magazine)

Your child’s been abducted? Best hope The Sun likes the look of you

Get down on the FarmVille (Guardian)