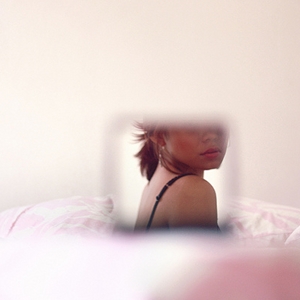 What happens if you don’t look in any mirrors for a month?

Blogger Autumn Whitefield-Madrano spent the month of May assiduously avoiding looking at herself in the mirror, and recorded the effects in depth on her blog, cleverly titled The Beheld.

Her posts are thoughtful examinations about things like emotional beauty labour:

Taking away the mirror took away my mirror face, which is, in essence, privately performed beauty labor. So when I found myself approximating the labors of my mirror face in the presence of others—be still, chin down, be pretty—I was acutely aware of my efforts. Times I recognized I was performing emotional beauty labor: volunteering with an ESL student who has confessed a small crush on me and who looks to me for affirmation of his language skills; having drinks with someone who talked over every word I tried to utter; meeting with an acquaintance who is extraordinarily self-conscious herself and kept adjusting her makeup. In each of those situations, I was “performing”: attempting to grant the other person some comfort, or struggling to maintain some presence when my other forms of power were being ignored. I did this by appearing attentive, widening my eyes, fixing a smile that’s probably close to my ever-false mirror face, cocking my head to make a small show of my quizzical nature. This was all unconscious. The only reason I was able to detect my actions was because I hadn’t had my usual warm-up with myself in the mirror. My privately emotional beauty labor, in other words, is a hamstring stretch that gets me ready for the sprint of uncomfortable interactions in which I feel I must “perform”; without the warm-up, the effort of the race became illustrated in sharp relief.

One of the harshest, and truest, criticisms I’ve received from people who know me well is that I’m not always as emotionally present as I should be. My response is usually that I feel so drained by other people’s needs that I have little energy to expend on being as present as I’d like. What I didn’t realize until I was unburdened from some of my self-imposed (and likely invented) expectations was exactly how much of my energy was going into appearing. Appearing to be interested, appearing to be womanly, appearing to be a professional lady, appearing to be pretty.

The experiment is over now – but it’s definitely worth digging into the archive for posts on stuff like the etymology of the word mirror, the fact being pretty is not an obligation and how clothes shopping changed without the consideration of dressing-room mirrors.

Via The Hairpin, where Autumn guest posted an amusing summary of her findings.

Photo by Helga Weber, shared on Flickr under a Creative Commons license