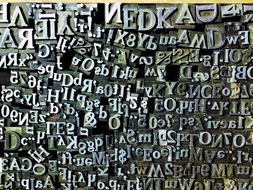 In the last few weeks, there seems to be a vast array of commentators worrying about the sexual morals of the world’s powerful men (here, here). Our broadsheets, gossip magazines and tabloids have been providing us, in minute detail, with the salacious indiscretions of the rich and famous. Whether it is ‘he-who-shall-not-be-named‘, Arnie or one of the many other men who have been attempting to cover up the fact that they have been caught with their pants down, the media has had a field day dissecting the details.

I totally agree that there is a useful discussion to be had around the power dynamics at play when rich, powerful men choose to have affairs and there are definitely links between male power and privilege and gender based violence. However, many of the articles I have been reading on this issue have been far too quick to include the accusations made against Dominique Strauss Kahn as one of these examples of cheating men. Strauss Kahn has been accused and charged with raping a woman who worked as a chamber maid in a hotel that he was staying at. This is not a story about a man having an affair. This is a story about a man allegedly raping a woman. However, for some in the media this seems to be one and the same.

Rape is not a sexual indiscretion. Rape is not extramarital sex. Rape is not sex full stop. Rape is not about lust or desire, but rather one person (usually a man) seeking to use power and privilege in order to exert control and terrorise someone else (usually a woman). It is a horrendous crime and should be discussed and treated as such.

The attitudes to rape and sexual assault within the UK are pretty shocking. Research shows that high levels of the general public believe a woman is responsible for being raped if she is flirting or wearing sexy clothes or drinking and our politicians believe that girls being taught to ‘say no’ will prevent child sexual abuse. As has already been discussed on The F-Word (here), the media has been taking a greater interest in the subject of rape, due in part to the proliferation of ‘Slutwalks’. However, it’s not just the usual suspects, like Richard Littlejohn, who are minimizing the extent and impact of rape.

Zero Tolerance, a Scottish organisation working to tackle the causes of male violence against women has a great resource for journalists that gives advice on appropriate reporting of violence against women. And although it can sometimes seem like a useless exercise we should all be challenging these attitudes and use of language within our media as well. Sometimes it does work.

13 June 2011 – Edited to add: Strauss Kahn has been accused and charged with the attempted rape of a woman who worked as a chamber maid in a hotel that he was staying at.