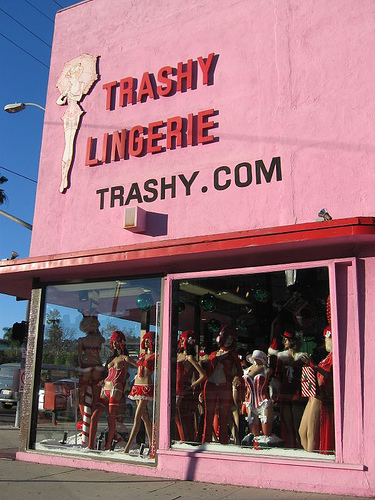 “Dress Less to Impress” is the advertising slogan for a women’s underwear brand named Sapph Lingerie. One of their posters features a semi dressed and probably airbrushed model with a fully dressed man standing behind her. Over 100 years of the struggle for women’s rights and empowerment, and nudity is what is held up and revered by our culture as the best way to impress men and other women.

Some would say that this is an overreaction or that it’s a limited side effect of what may be seen as the free society we live in today. I would be the first to stand up for a woman’s right to choose and be in control of her body, but we have to consider why so many girls desire to wear so few clothes.

I asked one of my friends at school whether girls have a choice about the clothes they wear. I was told not to be ridiculous and that one of the biggest achievements of our society is the great amount of choice we have. They argued that girls have a choice about what they do, what they wear, and who they choose to identify with – Kim Kardashian and Katie Price are not the only role models out there. Despite claiming this, no one was able to give me an example of a woman who is not a singer, model or actress.

Fame is too often confused with power in our society. It’s now easy–maybe too easy–to become famous for doing nothing other than looking beautiful. I genuinely believe that this kind of celebrity culture can only be called the Look At Me era. As a result, too many young girls feel that taking their clothes off and photographing themselves is something that is acceptable or even a way towards a better life.

The internet can be as damaging as it is empowering

I can’t help but notice how many of my 15-year-old peers are becoming increasingly sexualised. About two weeks ago, the rumour mill went into overdrive: four girls decided to send compromising pictures of themselves over a mobile phone to a boy of the same age. All of them are under 16. Yet all of these girls did this entirely voluntarily with no grooming or pressure beyond that faced by an average teenage girl.

I have known all of these girls for four years. One of them loves the imagery and dramatic beauty of WWI poetry. Another expressed an elegant argument about why access to contraception and abortion was a life or death choice for many women in the developing world. All of them are bright and thoughtful on a wide range issues. Why then do they feel that doing something like this is going to bring them anything but embarrassment? 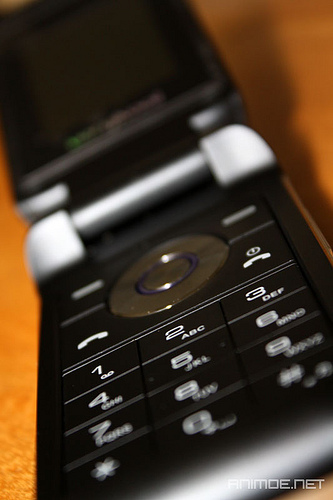 Of course there is an element of personal responsibility – it was a bad decision. However it cannot be denied that the blame does not lie exclusively on their shoulders. Everyday women up and down the country send or have semi nude pictures of themselves posted into magazines such as Nuts or Zoo. Not too long ago Nuts ran a competition on their website asking men to send photographs of their girlfriends’ ‘tits’ and encouraged website visitors to vote on them.

Everyday teenagers (both boys and girls) are exposed to a stream of semi nudity and sexual imagery. It’s as if everywhere you look there’s another silicone enhanced, make-up covered advert for almost anything from cars to CDs. This isn’t healthy. No one is perfect and any pretence that a perfect body is possible without serious self abuse is both improbable and unethical. The girls mentioned in the story above were so insecure that they felt they had to prove themselves by stripping off.

Moreover, the internet has brought many new, exciting and positive influences on almost all of our lives – without it I wouldn’t be speaking to you now. But we must be aware of the dangerous and lasting effect it can have on people’s lives. To quote The Social Network: “The internet’s not written in pencil, Mark, it’s written in ink” – it is now very easy for an image to both travel widely and stay attached to a person virtually forever. Once a girl sends a picture of her breasts to her boyfriend, there’s no saying what he will do with it or where it may resurface.

If we want the women of tomorrow to grow up happy and with dignity we have to educate them about the dangers of celebrity culture. It is also essential to recognise that the internet can be as damaging as it is empowering. We cannot shield impressionable young girls from the bombardment of constant sexual imagery, but we have to let them know there are other options and ways of being. They don’t need to send photos, texts or videos of a sexual nature to feel ‘normal’ when they’re not comfortable with it. Particularly when the moment the picture leaves their possession and enters a digital domain, they effectively lose control over it.

I would like to end with a quote from Janis Joplin that is a message young girls need to hear, rather than the idea that taking your clothes off will bring you money, fame and power.

“You are all you’ve got – don’t compromise it”.

C. Robinson is a young idealist, Yorkshire born and bred, who enjoys among other things gardening, reading, and extended political and philosophical discussion