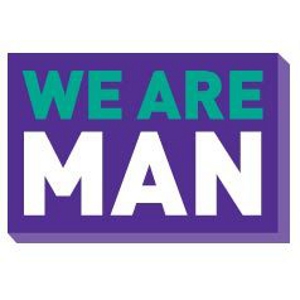 We Are Man campaign: tackling violence against women by playing on machismo?

EVAW‘s We are Man, an online film aimed at young men, has been released to accompany the launch of their A Different World is Possible report. (The Disorder of Things blog uses this film as a way in to a more thorough examination of the use of hegemonic masculinity in anti-rape politics. I would highly recommend this piece if you want to read a detailed analysis of how campaigns seek to recast ideas of appropriate manliness.)

To summarise, the film begins with a man standing in a mock-macho pose and jokily exclaiming “We are man!” to introduce a sequence showing men engaged in a variety of amusing “Jackass” activities such as jumping off roofs, streaking and falling over. This is followed (about a minute in) by a group of men in a skate park observing a woman walk by and one of the men saying “I tell you what, she could do with a good raping.” The other men look shocked and it is clear his statement is unacceptable to the group. A voiceover then states that “every 9 minutes, a woman is raped in Britain”, adding (as a variety of the men from the previous scene are shown, one at a time) “that’s not who I am.” The voiceover then says “we are man- are you?” just before the logo comes onto the screen with a single stamping sound-effect. Details of the website are shown underneath it.

Those of you on Facebook will be aware that Jess recently flagged this piece up on our page there, asking for thoughts. Overall, responses were positive and I can appreciate why because the aim to address misogynistic attitudes is obviously a good one. There is also an argument that attempting to reach men through apparently “male” culture is pragmatic but isn’t it somewhat problematic to stereotype men in such a way? After all, not all men are into Jackass-style antics and there’s surely nothing, in this day and age, to say women shouldn’t be. What is the implication if men are shown having a good time and the fun and games end when one of them makes a socially unacceptable comment about a woman? Is such a juxtaposition liable to be misunderstood by some viewers as a nod to chivalry and the othering of women into a sphere that is inevitably more serious?

I’d also like to think there are better ways of educating than glorifying the rules of the peer group (a standard anyone with any sense of rebellion surely ought to be questioning anyway) and I also wonder who the film is likely to influence. I suspect it will be neither here nor there to men who would seriously make similar statements to the persona non grata in the film and could, instead, end up inadvertently targeting a subversive Jackass culture and proving counter-productive by just encouraging more rape jokes. It seems to me that it could end up speaking to the kind of guys who perhaps don’t need to be told not to rape but who do find the idea of saying the unsayable appealing and don’t appreciate being preached at.

To be fair, I realise this particular film is not necessarily among the worst offenders when it comes to the upholding of the dreadful “real men” standard that is often resorted to in attempts to morally influence men. However, the message to men watching is surely clear. These men who won’t engage in misogynistic talk are collectively considered “Man” and whether any guy watching can be included in the club is dependent on whether he makes a similar stand. For me, such reductive posturing distracts from the good intentions (i.e. not going along with misogyny) by upholding a needless gender binary. After all, who cares whether someone is considered a man? Surely, that’s not the point? Also, what does it mean for women when we accept traditional stereotypes for the sake of results and safety? Aren’t we then simply striking the deal Andrea Dworkin was talking about in Right Wing Women? Is this a case of practical short-term gain for long-term pain and true equality never really being achieved?

NB: I will be away for the rest of the weekend and, though I will do my best to publish pending comments as soon as I can, any replies from me may be delayed.