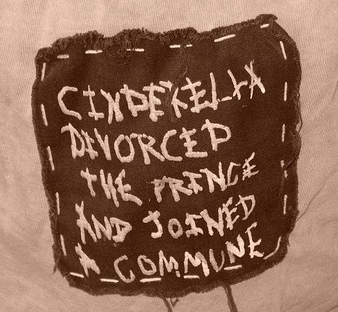 You know the drill: feel free to comment and link away below the line. As usual, The F-Word collective does not endorse any of the articles we link to, these are just stories/comment we thought might be of interest.

What do you buy a trans woman on Father’s Day?

Women told to speak their minds to get on in board rooms.

Q & A with Alice Walker, just prior to her trip to Gaza with “The Audacity of Hope”, which aims to challenge Israel’s naval blockade.

Andrea Levy’s story of the end of slavery, The Long Song, wins the Walter Scott prize for historical fiction.

(Although it isn’t new, and doesn’t specifically focus on the word “stupid”, it seems pertinent to refer to Disabled Feminists’ excellent Ableist Word Profile series here.)

Thoughts on a word: fair.

Feminism under pressure in China.

Judge gets probation for beating his wife.

The parallels between social enterprise and feminism.

Baby naming trends in the US.

“Ain’t I A Woman: Race, Feminism and Social Media”: CALL FOR SUBMISSIONS.

Do they really believe abortion is murder? “Almost no pro-life policies make sense if they really see no difference between the abortion of a fetus and the murder of a four-year-old.”

The adult Indian woman. “If one were to go by reports like this one on a magistrate ruling that a 21-year old woman be returned to her parents, there is no such thing as the Adult Indian Woman.”

The war against girls (book review: Unnatural Selection, Choosing Boys Over Girls and the Consequences of a World Full of Men).

Anti-trans and intersex words that hurt:

It is not acceptable to call me a tranny or a she.

And it’s not acceptable to call me a he-she, an it or a she-male.

It is not acceptable to call me a transvestite or a man in a dress.

It is not acceptable to call me a hermaphrodite or a freak.

These words are no different than any other minority slur.

Don’t use derogatory words, and remember: words can hurt.

Photo of white stitching on brown cloth background reading “Cinderella divorced the Prince and joined a commune” by Natural Attachment, shared under a Creative Commons licence.