Why the Right has it wrong on the “sexualisation of children” 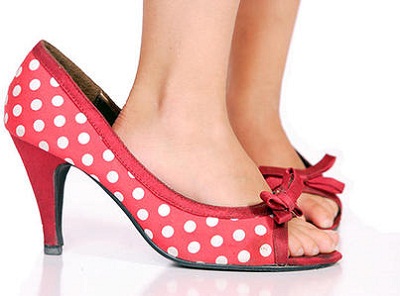 If the likes of Nadine “I-heart-depriving-women-of-the-right-to-determine-the-course-of-their-own-lives” Dorries and co. are to be believed, the real problem with thongs and padded bras being marketed at young girls and pop culture being defined by women writhing around half naked is that it encourages children and teenagers to have sex. Thus quoth Dorries:

For these right-wing, often conservative Christian types, the commercialised vision of sex being thrust in kids’ faces is dangerous because their view of “normal” has no place for anything other than sex between one man and one woman, bound together for life, who are willing to accept the tiny wee bundle of a consequence that may result. Sex for pleasure, sex outside relationships, sex that results in abortion – any sexual activity that deviates from their norm – is a sinful, threatening act that tears another rip in the moral fabric of a fading social order they are doing their darnedest to resurrect. This kind of sex is dark and dirty, while children are pure and innocent. By bringing the sinful world of sex into childhood, we defile our children.

Personally, I don’t think there’s anything inherently wrong with children and young people engaging in sexual activity with each other. I’ve had sexual feelings since I was at primary school, I got up to things with friends that I guess I would have termed sexual activity if I had known what that was, and I first had a sexual experience requiring the use of contraception when I was 15 (Dorries would probably have called it “losing my virginity”, something that never existed in the first place). None of this did me any harm whatsoever. Why? Because both I and my partners wanted to do what we did, we were not coerced in any way, we had a nice time and we had no reason to view what we did in a negative light.

If I had engaged in sexual activity because I felt it was my role as a girl to sexually entertain my male peers, that would have been wrong. It may have done me harm. If I had been forced to engage in sexual activity because my male peers thought they were entitled to use me in that way, it would have been wrong. It would definitely have done me harm.

For me, these are the issues we should really be focusing on when we talk about the “sexualisation of children”. The cultural message being pushed on our kids and young people right now through the marketing of a very narrow brand of adult sexiness isn’t “Have sex, it’s great!”, it’s “If you’re a girl, you should be displaying and using your body to sexually please men – that’s what makes you female!” and, to a lesser extent, “If you’re a boy, you should be demanding and getting sexual attention from girls – that’s what makes you male!”.

The problem isn’t sex: it’s sexism. And heterocentrism, transphobia and homophobia. All mixed up with a heavy dollop of capitalism. That’s not a problem you deal with by restricting children’s access to sex education and teaching them to “just say no”.