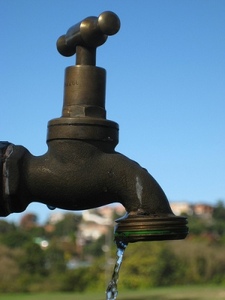 As you’re probably already well aware, the extradition hearing for WikiLeaks founder Julian Assange was held this week. Much of the hearing focused on the issue of whether his sexual behaviour towards the two women involved in the accusations against him constituted a crime. I’m not a legal expert and I’m not in a position to judge whether or not he should be extradited. However, I do want to add my voice to those who have pointed out that no matter the legal definition, no one should have any difficulty labelling this behaviour as abusive.

Assange’s lawyer described the sexual encounters with the two witnesses as follows, based on their statements (emphasis mine):

[Witness AA] The appellant [Assange]’s physical advances were initially welcomed but then it felt awkward since he was “rough and impatient” … They lay down in bed. AA was lying on her back and Assange was on top of her … AA felt that Assange wanted to insert his penis into her vagina directly, which she did not want since he was not wearing a condom … She did not articulate this. Instead she therefore tried to turn her hips and squeeze her legs together in order to avoid a penetration … AA tried several times to reach for a condom, which Assange had stopped her from doing by holding her arms and bending her legs open and trying to penetrate her with his penis without using a condom. AA says that she felt about to cry since she was held down and could not reach a condom and felt this could end badly.

[Witness SW] They fell asleep and she woke up by his penetrating her. She immediately asked if he was wearing anything. He answered: “You.” She said: “You better not have HIV.” He said: “Of course not.” She may have been upset, but she clearly consented to its [the sexual encounter’s] continuation and that is a central consideration.

Yet I can’t say I’m surprised. Nor am I surprised that so many people seem to think Assange’s admittedly (from my perspective) impressive contribution to global freedom of information somehow neutralises this alleged abusive behaviour. After all, we have a grand ol’ tradition of letting “nice guys” get away with treating women like crap. But excuse me if I feel a little queasy that people can read the above statements and then trot off and bake cakes, wave flags and line up to make gushing media statements in his honour. Innocent until proven guilty, yes, but when even his lawyer admits that the women may have found Assange’s behaviour “disreputable, discourteous, disturbing, or even pushing towards the boundaries of what they were comfortable with”, I for one am not prepared to hold this man up as some kind of hero.

All info taken from the Guardian’s coverage, here.

Photo of a leaky tap (because I didn’t want to use a photo of Assange) by mr lynch, shared under a Creative Commons licence.