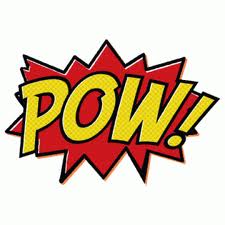 The F-Word Reviews section continues to expand, and this time we are branching off into the wanton wilds of comics, graphic novels and manga. A territory traditionally considered hostile to women generally, and downright dangerous for feminists in particular, we aim to conquer it heights, scale its lows, delve into its plateaus and let it be generally known that women read comics, love comics, and have opinions about comics!

We want, in short, to create a space for both long time fans and tentative toe-dippers to come and get feminist-friendly reviews of comics and graphic novels. The planned remit is more or less all inclusive: anything from classic graphic fiction like Art Spiegelman’s Maus, to the latest superhero comics from DC and Marvel, via the Modern Age of Comic Books – those instant classics by Carey, Gayman and Moore from the 1990s – to non-Anglosphere works from the Japanese and French traditions is welcome.

We’d also love to reviews of and reports from fandom events, conventions, comic meets, and any comic-relevant subcultural happenings going. The culture around comics and graphic art is one of the best things about the genre, and it would be fantastic to give some of our non-fandom initiated feminist sisters a glimpse into this fascinating, fun world.

So if you read comics, or even just the occasional comic, and have something to say about them: we’d love to hear from you! Contact me at marinas[at]thefword.org.uk with any questions or with a short piece (700-1000 words would be ideal) that you’d like to be published on the reviews site. Or leave a comment below with your details and I will get in touch.