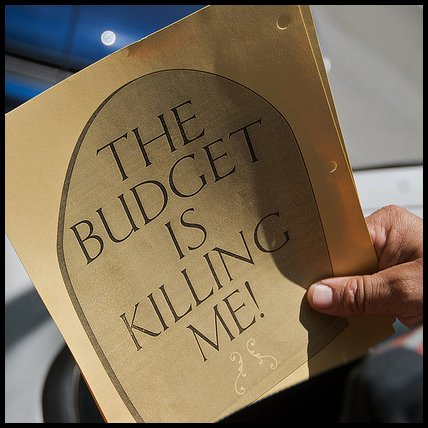 When the dignity of one person is denied, all of us are denied

Disabled people in the UK have been under constant attack lately. Whether it’s the vast and wide-ranging benefit cuts; Birmingham city council refusing care to people with substantial needs, which has since been ruled unlawful; cuts in Access to Work, ironically when we are being told we should all be getting jobs; or the impending closure of the Independent Living Fund, the hits feel like they are coming from every direction.

But I read about a case a few days ago, Court tells disabled woman: just wet yourself, and it showed me just how government cuts are affecting real people. It is not an ‘austerity measure’, nor is it ‘small government’, it is an affront to a woman’s dignity and human rights, and we should all be utterly outraged.

Elaine McDonald has just lost a Supreme Court fight for her local council to allow her to continue to have overnight care. Funding was withdrawn by the Royal Borough of Kensington and Chelsea for the overnight care that Ms McDonald needs to assist her with going to the toilet during the night, and the council instead gave her some incontinence pads, stating that this was cheaper.

Elaine McDonald is not incontinent! And she, quite rightly, objects to being asked to lie in bed for 12 hours at a time (since her care has been cut), in her own waste. She needs to go to the toilet regularly due to a bladder dysfunction, and complained that providing pads instead of care caused a lack of dignity and independence.

Can you imagine if you were at work and your boss stated that bathroom breaks were wasting time and money, and that it would be cheaper for the company to provide everyone with incontinence pads instead? If you weren’t on an authorised break then you could just use the pad instead, and sit in it until you were permitted to go? And Elaine McDonald is in her own home – of course, moving to a care home instead would cost the council considerably more.

Even in purely economic terms this is a questionable decision. The lack of mobility which she will now experience, and the potential infections from spending night after night in your own faeces and urine, could cause significantly worsened health and social problems, which would increase the cost of her care significantly. And some people in Ms McDonald’s situation may try to go to the bathroom or commode regardless, risking increased falls and, thus, increased health and social care costs again.

But the Supreme Court judges ruled 4-1 that the council had acted lawfully. Judge Lady Hale, the sole judge to rule in Ms McDonald’s favour, stated that,

“A person in her situation needs this help during the day as well as during the night and irrespective of whether she needs to urinate or to defecate.

“Logically, the decision of the majority in this case would entitle a local authority to withdraw this help even though the client needed to defecate during the night and thus might be left lying in her faeces until the carers came in the morning.

“Indeed, the majority view would also entitle an authority to withdraw this help during the day.”

Of course, incontinent pads in themselves are not bad things. For people who are incontinent, they are invaluable. But Elaine McDonald does not need them and does not want to use them. Nobody should be put in this position, and she was right to challenge it legally. The depressing truth is that the council and courts rated costs over human dignity, and Ms McDonald could be the first victim of many.

And it seems that she is not the only person being challenged on their use of a toilet to save money. According to The Scotsman, “disabled residents at a supported-housing complex have been told to train themselves to go to the toilet at fixed times to fit in with a strict new rota”. Is this where the infamous Big Society comes in? You can run libraries, or you can assist disabled people to go to the toilet. Because after all, those who should be providing those services will not bother.

[The image is a photograph of a hand, holding a piece of paper on which is printed, “The budget is killing me!”. The photograph is adapted from an original, licensed under a Creative Commons licence, by Steve Rhodes.]