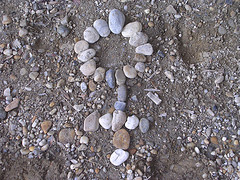 The Centre for Women & Democracy has published a new report examining the impact of the government’s reform agenda on women’s political power in the UK.

The report examines ten pieces of legislation that were either recently enacted or are currently travelling through the parliamentary process to assess how they will affect women’s representation in public policy-making, decision-making and scrutiny roles.

Its findings should be cause for some concern.

According to the report, women are set to “disappear” from a number of key areas including economic strategy, policing and health care.

The report does confirm that that women’s representation is likely to improve in some areas under the proposed reforms, but cautions that these gains will be outstripped by greater under-representation in other areas. Under current plans, the report predicts that there will be more women school governors and peers, and fewer women executive mayors, police commissioners and chairs of Local Enterprise Partnerships.

The report includes recommendations for turning things around and ensuring women’s representation is not the cost of upcoming government reforms. They cover the following pieces of legislation:

Many of the recommendations are uncontroversial and rather basic – such as carrying out Equality Impact Assessments (many of the above have not yet had one). Others are more challenging though no less necessary, such as requiring that women make up 50 percent of the bishops appointed to a reformed House of Lords (accepting that for some, a reformed House should not have any bishops). In the words of the report:

the real controversy is that we still seem to live in a system which regards women as an optional extra to public decision-making and scrutiny processes and fails to notice when the cumulative impact of change is to exclude them.

You can read the full report here or the executive summary here.

Photo of the woman symbol made out of stones, by rotkraut.c.r, shared under a Creative Commons licence