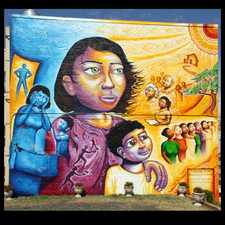 Is this the way to keep women safe?

The Independent has reported today that “women could be given the right to know whether their partners have a history of violence under plans to be considered by the Government”. I have mixed feelings about this, even though on first glance it seems like a good idea. I heard a Woman’s Hour programme earlier in the week where the proposal was discussed by Michael Brown, whose daughter, Clare Wood, was murdered in 2009 by a violent partner; Jane Keeper from Refuge; and Brian Moore, the Chief Constable of Wiltshire Police.

Michael Brown supports the proposed law, which is being called Clare’s Law after his daughter. He believes that had his daughter known about her partner, George Appleton’s previous convictions for violence against women, she would never have got involved with him.

Greater Manchester Police have been criticised for not offering Clare the help she needed, but Mr Brown is insistent that any new policy had to be national, and not just relating to Manchester, and he talked passionately about the prevalence of domestic violence murders. He said,

“The statistics are frightening. There’s 2 ladies every week killed by domestic violence. Their partners turn on them. And I think if they were all clumped together and that was two coach loads of ladies going over a cliff face, the drivers and the bus would be taken off the road. And because these ladies are dotted all around the UK, the statistics don’t show that there’s somewhere in the region of 100 – 120 girls or women killed by their partners every year. And strangely enough there’s one man every 3 weeks. So the statistics speak for themselves. Had it all happened at the one time there would have been an enquiry, and because these ladies are dotted round the UK, it falls by the wayside and I think it’s shocking”.

The coroner at Ms Wood’s inquest is reported to have said that women should be able to be informed of any convictions for violence in the past of their partners, and the statistics from Brian Moore, the Chief Constable, appear to back this up.

He explained that research he carried out showed that there were more than 25,000 serial perpetrators of domestic abuse who offended against different victims over 5 year period. This does show that there is a real problem of abusers hurting woman after woman after woman, and if a law like the one proposed could help to prevent that, then surely we should try it, as one measure amongst many, to truly tackle the problem of domestic abuse.

But Jane Keeper from Refuge summed up concerns that I, too, share. She explained that the majority of victims of domestic violence still never go to the police. Therefore there are a lot of unconvicted perpetrators, who women could potentially check, and be informed that they are fine. Ms Keeper also discussed the practicalities of the proposal – do women call the police each time they meet someone new? At what stage in a relationship do you check? And she mentioned resources too, that police are frequently not even able to tell high risk victims that their abuser has been released on bail, so they would be hard pushed to respond to lots of queries from people in new relationships.

The aspect that worries me the most is the idea that a woman could be reassured by the lack of previous convictions of her partner. Lulling her into a false sense of security could be downright dangerous. It’s not that this law would simply not be ‘enough’, it’s that it could cause more problems when someone feels they have been assured safety.

A lot does need to be done about domestic violence and abuse, and no one solution can present all the answers. But I fear that this solution will cause new problems as well as some solutions. But then, in the cases mentioned by Chief Constable Moore, perhaps a law like this could have helped the women in relationships with these 25,000 serial offenders. I do not know which would be greater: the scale of damage caused by a lack of this law; or the scale of damage caused by a law like this being introduced.

[The image is adapted from a photograph by Elvert Barnes, issued under a Creative Commons License. This blog post is cross-posted at incurable hippie blog]