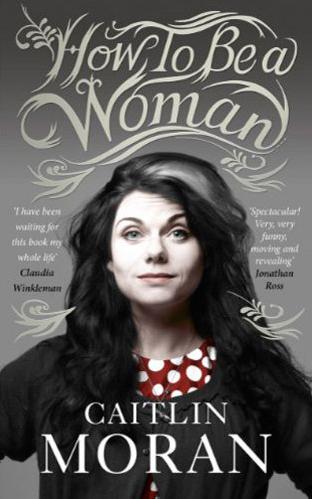 New Review: How To Be a Woman

Ava Jackson reviews Caitlin Moran’s book of the moment; a laugh-out-loud, light-hearted look at the day-to-day obstacles which await women in a modern world, from plastic surgery to tiny knickers

Caitlin Moran is an established part of the British press and, having written for The Times since the age of 17, continues to be one of the paper’s most distinctive and admired voices. As well as the professional acclaim she has received over the years, she has also achieved the status of role model for many young women. As a funny woman and self declared ‘strident feminist’, there is perhaps no better figure in the media today to address the old taunt that feminists have no sense of humour. She has the opportunity to turn-on a new generation of young women to the idea that they too can be feminists without having to forsake much of their cool in the process. In writing this book Moran had a chance to make an impact, in much the same way that Germaine Greer’s The Female Eunuch inspired a young Moran to declare herself a feminist.

However, the effect is much like that of reading one of her columns: it’s a gratifying read, yet, in much the same way as you would read a newspaper, you are just as inclined to discard it the next day. There is not much here that really sticks. In terms of the issues feminists confront, laughter isn’t always the best medicine and Moran has neglected a unique opportunity to inform rather than merely entertain. To be fair it wasn’t her intention to take an academic approach; feminism for Moran ought to be “thrilling and fun” and the book is marketed as written “from a bar stool”. Even so, much of her commentary on what it means to be a modern day feminist is implicit and although her offbeat style is engaging, when it comes to substance there are no new bold articulations of the feminist cause to be found or genuinely inspire.