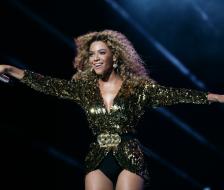 Weekly roundup: Music this week, and lots about Manchester

Hello, and welcome to the first of what I hope will be many music based round ups for the F-Word blog. Usual rules apply here, the pieces I’m linking to do not necessarily reflect my own views, so don’t shoot the messenger…

Firstly, post Glastonbury, post Beyonce’s headline set, Lucy O’Brien lays waste to the myth that Beyonce was the first woman to headline Glastonbury and laments a lack of fact checking by journalists and Beyonce herself.

Across the pond, Bitch have been analysing Beyonce’s white wedding performance in her new video, a video which appears to have sparked as much debate as the previous one.

Also at Bitch, a fascinating piece on the new boozy girls of pop

Over on Wears The Trousers, news of weekly podcast includes an interview with Manchester’s most likely to, Julie Campbell, aka Lonelady, who we should have more on soon. If you want to find out about the Not Part Of Festival, which runs parallel to the Manchester International Festival, click here

Staying in Greater Manchester, if not with music, the prize for weirdest and most disquieting headline of the week (and there’s been some very strong competition)must surely go to this headline from the Manchester Evening News.

In other news, Zola Jesus have just handed in a new record to their label according to Wears The Trousers. The track ‘Night’, below, is taken from last years Stridulum II.

I’ve also been reading Robert Milliken’s book ‘Lillian Roxon Mother Of Rock’ this past month, a biography of journalist and key architect of rock journalism, Lillian Roxon. Roxon appears to be something of a marginal figure in accounts of the history of music journalism, possibly because she was a woman, possibly because she grew up in Australia, possibly because she died tragically young at the height of her powers, not of drugs – as many rock musicians in the early 70’s did – but of asthma. This clip below is an interview filmed with Roxon the year she died, in which she talks about the rock scene, and music journalism. A documentary about Roxon, also called Mother Of Rock, was shown at Melbourne International Film Festival in 2010, but I don’t know if there are any plans to release it internationally.