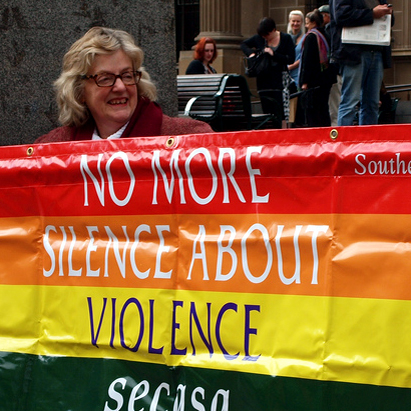 Yet another victim-blaming travesty

Six footballers who were imprisoned for raping 12 year old girls have been released, after judges ruled that their 2-year sentences were “excessive”. The six men all admitted various charges of rape, after raping two 12 year old girls in a park late at night. But today Lord Justice Moses, Mr Justice Holroyde and Judge Francis Gilbert QC ruled that being imprisoned was inappropriate as it was a ‘difficult’ case.

In an astonishing display of victim blaming, the Mail (I know, I know, but there are only two papers reporting on it so far) stated that, “The court heard [one of the girls] was more sexually experienced than the men and it had been her idea to arrange the meeting”. It is not ever appropriate to describe a 12 year old as ‘sexually experienced’. If she has had previous sexual ‘experience’, then it should be correctly named as abuse.

The fact that the girls apparently looked older than 12, and had been ‘looking for sex’, is quoted. But the truth is that children sometimes behave in a precocious fashion. It is up to the adults around them to not exploit this by having sex with them. 12 year old girls often do want to look, and act, older than they are, but this is nearly always clearly visible to those around them. Adults hold the responsibility of not taking advantage of children. Under the law, children are considered to be unable to consent to sex, and this is usually taken most seriously when the child is under the age of 13.

The men have now been released, and their sentences cut to one year, and suspended.

It is clear, yet again, whose side the legal system is on. If it can’t protect two pre-teen girls against six grown men, then who can women and girls have faith in?

Edited to add: I have just been reminded that, while reporting on this case at trial, the Daily Mail was widely criticised for referring to the 12 year old rape victims as ‘Lolitas’. It reinforces just how much these girls have been up against in the coverage and treatment of their trial.

[The image is a photograph of a smiling woman holding a banner. The banner has a rainbow background, and the words ‘No more silence about violence’. The photograph is used under a Creative Commons Licence and was taken by Rebecca Dominguez.]