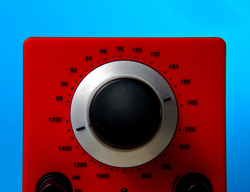 “Sad and cynical… a continuing dearth of feminine voices”: A diversity audit of Radio 4

On Monday, 1st August, 2011, I listened to a full day of BBC Radio 4. Starting at 5:30am with Farming Today and ending with Book of the Week at 12:30am, I was counting. The F-Word, a few weeks back, reintroduced a hashtag on twitter called #diversityaudit, originally started by Chitra Nagarajan. People were invited to count the number of men and women on whatever they were watching or listening to. Until this point, it had mostly been comedy panel shows, which are notorious for lacking women. Having listened to a fair amount of Radio 4 on my recent travels, I decided to take this one step further.

A couple of caveats before I go on. Firstly, one day of listening cannot possibly be representative of the whole of Radio 4’s output, I don’t claim that this is exactly what Radio 4 is like every single day. However, it remains a telling exercise. Secondly, as much as I would have liked to audit the contributors’ race/religion/sexual orientation/age/gender identity/disability, this is radio, and voices don’t tell us any of that. So I was stuck with perceived gender. Thirdly, through some weird fluke, the day I chose turned out to be the day that the National Union of Journalists went on strike. Because I had promised, I did the audit anyway, but there was news missing. If I can, I will reaudit the news programmes, as I feel that the journalists who were striking deserve to be counted. 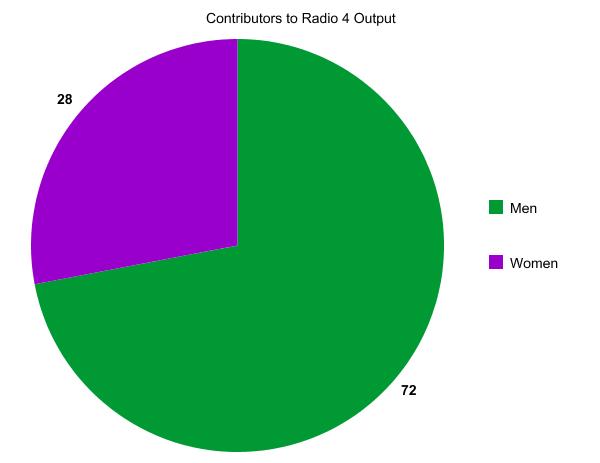 So, on to the interesting bit: what did I find? A very clear pattern began to emerge at around lunchtime. 2 men for every woman. It was true almost across the board. 28% of the contributors to Radio 4 output (and this includes presenters, guests and journalists) were women. That amounts, if women had the exact same amount of airtime to men, to 17 minutes out of every hour. The statistics were worse if you only looked at presenters (22% women). Oh, and even worse if you look at news bulletins, where only 1 of every 5 people who spoke other than the newsreader were female. The full set of data is available from me if you want them, but these numbers are the ones I would like to focus on. 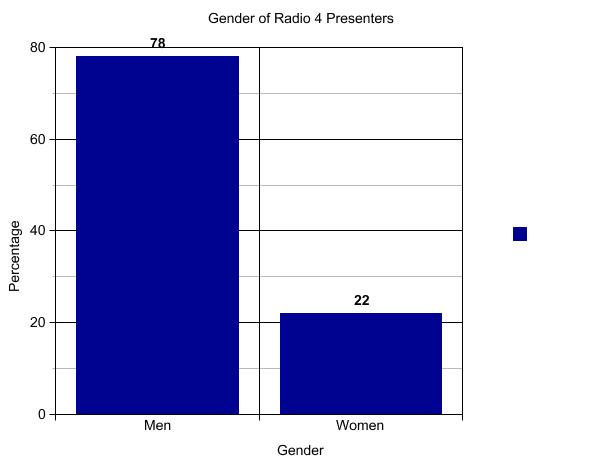 So why are the numbers so abysmally low? This turns out to be a complex question, with potentially a different answer for every type of programme. For the news, we could speculate that fewer women are making the news, fewer women are spokespeople and fewer women are journalists corresponding in the subjects of report. The former two problems may well be societal: women tend to not be in positions of power, due to the persistent patriarchy that does not allow women to reach the top, or to speak for the people who do. The latter problem can, however, be blamed squarely on the BBC. Why is it that I heard approximately 7 news reports from Jonty Bloom and 6 bulletins with no woman in them at all? Wikipedia informs me that 74% of BBC reporters are men. There are certain areas in which the imbalance is more pronounced (e.g. Business and Middle East affairs, both 84% male) but it’s pretty bad across the board. So let’s hire more women, yes?

As for other types of programmes, we know that comedy is bad for women and there are certain steps being taken to change that. However, programmes such as You and Yours surprised me yesterday. Peter White talked to 8 male “experts” on disability and no female ones. Now, I know something of this world and could name you at least 10 women who would have done just as well. I am not saying they should have taken all the women instead, but we want to be thinking about the effect that all of this masculinity has on the listener. 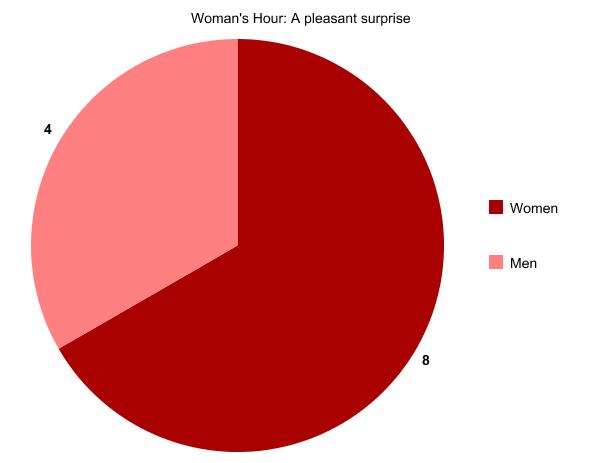 By about 4pm I was completely exhausted. I felt sad and cynical and was expecting a continuing dearth of feminine voices. I was ready to pack it all in, because the last conversation between women that I had heard had been at 10:30am with Woman’s Hour (8 women, 4 men). It made me sad that half the population has to struggle to hear themselves represented, even on a radio station that aspires to make women more audible. It was however, small consolation to hear the night come to an end with the sultry tones of Barbara Flynn.

To keep an eye on, or contribute to, the ongoing Diversity Audit, follow the #diversityaudit hashtag on twitter.

Edited to add: You can see Sharon’s spreadsheet of the whole day’s data here.

[The image is a close-up photograph of a vintage-style radio dial. The radio is bright red against a turquoise background. It is used under a Creative Commons license and is by Niklas Morberg]