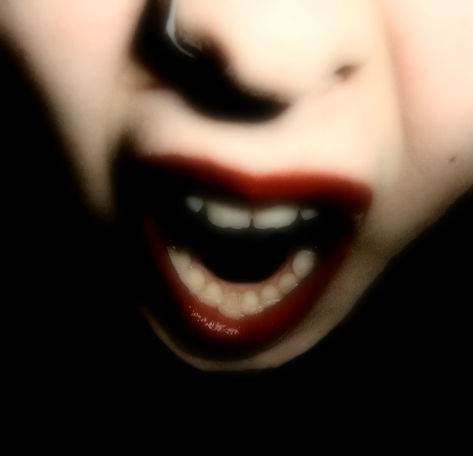 It has recently been reported that researchers at the University of Central Lancashire have indicated that the noises women make during sex are not necessarily linked to orgasm. A variety of sources have picked up on this story, including the Daily Mail, predictably resulting in a total of over 100,000 Google results over the past few days for “why the sounds women make in bed have little to do with her orgasm.”

Unfortunately, it seems there is limited access to the full details of the research but a sample of the original paper can be found underneath the abstract at Springerlink. This backs up reports that the findings of Brewer and Hendrie’s study were based on an analysis of 71 heterosexual women with a mean age of 22. Along with this, the Daily Mail has the following details:

Each participant completed a questionnaire about their sexual behaviour, which included details about how they reached climax and at which point they were most likely to express themselves vocally.

Most women polled said they reached orgasm during foreplay, but were most likely to vocalise their enjoyment during their partner’s.

Aside from the use of the obviously limiting term “foreplay” (seen in the abstract for the research, as well as the Daily Mail piece), there are already a few concerns on the basis of this information. For a start, this seems like a very small sample and not representative of women in general, bearing in mind the average age for participants and seeing as they all identified as heterosexual. I also wonder if some participants gave this answer because they preferred (for whatever reason) to present their sexual noisemaking as deliberate rather than involuntary? Could it be that some women would find it more socially acceptable to admit to putting on a sexual performance but not to “losing themselves” in the moment of orgasm? In my view, it isn’t the authenticity of women’s sexual expression itself that perhaps needs to be questioned on the basis of this study but the ways women might be compelled to present it afterwards.

Again, I haven’t been able to access the whole paper but, on the basis of what I’ve looked at, it doesn’t seem that the researchers for the study are concerned with such questions. According to them, the conscious control of responses can be explained to be “providing women with an opportunity to manipulate male behaviour to their advantage.” Unfortunately, much as I’d like to believe they’re talking about horny women urging men onto orgasm so they can -in turn- get off on seeing it, I don’t think that’s what the researchers are getting at here. Luckily, Annalee Newitz has given more detail on the research in her article over at i09.com so you can get more of an indication of where the researchers are coming from. I would urge you to read all of it, as I think her assessment is spot on:

OK, so let me get this straight, my science-loving friends. Somehow the fact that women make noises of pleasure when they aren’t having orgasms is manipulative? Apparently it did not occur to these scientists that noises of pleasure can be caused by things other than your own personal orgasm, such as the orgasm of your partner…

…The authors first report what the women actually say (they want to boost their partner’s self-esteem), and then put their own gloss on it, which is that this means the women want the men to give them things (resources and protection). Quite a leap from “making a partner feel good” to “manipulating men into giving things to you.”

The main problem I have with the framing of this research is that it seems to perpetuate the all-too-common view that women don’t really enjoy sex. It also seems to sit alongside the sexist mainstream media’s focus on the variety of more unsexy reasons some women have given for having sex in order to imply that, unlike men, simple pleasure is not generally our priority. This culture for relentlessly negating female desire surely means any sexual behaviour a woman who has sex with men exhibits, such as “copulatory vocalisations,” is less likely to be accepted as an expression of her own pleasure or a direct attempt to increase it. (Anyone who has found themselves letting a rather ridiculous noise out during orgasm or, alternatively, managing to maximise an orgasm by consciously cheering it on will know what I’m talking about here!) I think this, coupled with the need to tackle the obvious pressure we’re under to perform a narrow kind of sexiness, potentially effects how we view each other as women. Indeed, I’ve often heard people, including feminists, expressing suspicion about the amount of noise some women make when they have sex and suggesting a number of them perhaps feel obliged to put on a show for their partners.

I appreciate it’s not unreasonable to wonder if a few of those moaners and yellers might not actually be overcome with passion. It certainly makes sense to suggest such behaviour can sometimes be part of an “idealized sexual script” or a response to “what women believe their male partner wants.”

However, I also know there have been plenty of times when my own enjoyment during sex has been somewhat muted -if you’ll pardon the pun- precisely because of having to hold back and “keep it down” in a house where I’m told the walls are thin. More to the point, I’m also aware that such reticence is not only down to trying not to disturb people’s sleep but also a sense that excessive noise could give the impression I’m faking an orgasm (a thing my feminist pride would never allow me to do). This new spotlight on the so-called “truth” about the sounds women make during sex doesn’t help. Overall, there seems to be a common view emerging that the quiet and controlled approach normally expected of men is somehow an indication of what sexual authenticity looks like.

Is yesterday’s “slut” in danger of becoming today’s dupe? Is it actually helpful to feminism if we become sceptical about women’s -both our own and others’- sexual behaviour? Probably not and, if it can provide another means for regulating women’s sexualities, I suspect it will suit the sexists just fine.

Photograph of a close-up of a woman in red lipstick yelling (with just the lower half of the face visible) by madamepsychosis, shared under a creative commons licence.

[Addendum: “Whore” changed to “slut”, as I think it fits the context more appropriately.]