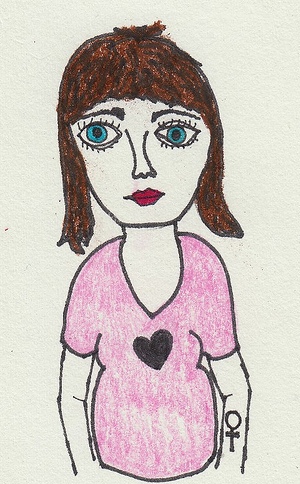 Welcome to this week’s general round-up! It includes the articles and blog pieces we’ve been reading over the past week but didn’t get around to covering in detail on the blog. Please feel free to add more relevant links or comment.

Disclaimer: The weekly round-up post is a place for us to share links to articles that we think may be of interest to readers or were of interest to us. We don’t always agree with every viewpoint expressed in the items or, indeed, the sites containing them. As with actual F-Word content, none of the views expressed reflect any “official view from The F Word” because not all members of the team will necessarily hold the same opinions on the topics.

Warning: This post contains links to external websites and blogs, some of which have comment threads and other material which some people may find triggering. The links here are posted in good faith but, as The F-Word has no control over the content of external sites, readers are advised to use their discretion and approach them with due caution.

Who’s Behind the Mask of Feminist Hulk? Only the Ms. Blog knows (Ms Magazine)

Tunisian and Egyptian Women Talk About Their Revolutions (Counterpunch)

Domestic violence in the month of mercy (AltMuslimah)

Joan Smith: Why rape victims must have flawless pasts to get justice (The Independent)

No Women, No Peace: Time to Change Peace Building (On the Issues Magazine)

Chile’s Commander Camila, the student who can shut down a city (The Guardian)

Teach Girls to be Smart, not Sexy (Huffington Post)

Unfortunate use of the word trollop but apart from that, I think Roth is spot-on.

Also see London Feminist. As Lynne mentioned when we were compiling this round-up, there are articles about this issue every year (see her blog entries about it in 2010 and 2005)!

Welcome to the Herd: A Feminist Watches My Little Pony: Friendship is Magic (Global Comment)

How many world leaders are women? (Financial Times Women at the Top Blog)

What African Girls Fear More Than Drought (The Daily Beast)

What it means to be a feminist (BlogHer)

The Body Project: My Body Belongs to Me: the Continuing Appeal of Tattoos and Piercings (Healthy is the New Skinny)

I got a few alarm bells when I saw the name of the site but their About us page seems pretty positive.

‘Circumstance’ Movie: How Lesbians Live in Iran (The Daily Beast)

And to round off, here are a few articles I liked but thought had titles that didn’t do them justice:

Strike a pose: real women take on the models (The Guardian)

Excellent project but, of course, it bears repeating that all women are real, including models.

Commuting more stressful for women than men (The Guardian)

I wholeheartedly agree with the comment saying this title “implies, though careless word-choice in the headline that somehow the differences between men and women are native. Upon reading it, it becomes clear it’s only due to the enforced legacy that women assume more of the childcare/chores than men in the same position. If men were to take more domestic responsibility, how would they word it then? “Childcare-givers more stressed” perhaps?”

Don’t listen to the lipstick feminists (The Independent)

Admittedly this is a belated inclusion but I have to mention it, as I think it’s a prime example of a great piece marred by a needlessly dismissive and potentially divisive title. I doubt if Arifa Akbar came up with it, as she doesn’t actually make the statement in the article.

Drawing of a woman in a pink T-shirt with a heart on and a woman symbol on her right arm, titled “Feminist”, by allison marisa and shared under a creative commons licence.