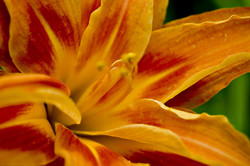 “Oh my god. You’re that nurse from Casualty!”, and other things that should never be said during a smear test

Most women, and some men, will be called for a smear test at some point in their life. Some of us have them as soon as we receive the letter, others – and I have to admit I am one of these – put it off as long as is humanly possible, trying to avoid the dreaded speculum. Some feminists, including Germaine Greer, advocate that we should not have smear tests at all, that they are the medicalisation of the normal functions of the human body, but nearly all the evidence suggests that smear tests are necessary and perform an important role in preventing and detecting cervical cancer. The HPV vaccine is thought to be much more helpful in prevention than smear tests, but they remain important because cervical cancer can have no symptoms, and although it is clinically difficult to analyse, reports suggest between 800 and 5000 lives are saved every year by smear tests.

So why do we hate them so much? Our logical brain might say, “It’s over in a few minutes, it’s undignified but that’s not the end of the world, it’s not that big a deal”, but they can still fill us with fear and dread. For some women this is because of a past history of sexual abuse or rape, for others because of conditions such as vulvodynia which can make any kind of vaginal penetration painful, but another reason became clear when I started discussing it with people on twitter.

This was that in all too many cases, the doctors and nurses performing the tests can be really insensitive, and even rude. @koshkajean heard the words, “Do you mind if a student nurse just has a rummage?” during a smear test, and @kinelfire described a “revolving door of other staff members who thought it was fine to interrupt! 3 of them, one by one.” @LouiseBrealey found herself in the unfortunate position of being recognised, having been an actor on TV. During her smear test, her nurse said, “Don’t I know you from somewhere? Oh my god. You’re that nurse from Casualty!… Yes, I said wanly. Yes I am.”. And @bibimcbibi explained that “As I lay spread-eagled on the table, the nurse asked me *Do you think those men on the scaffolding across the road can see us?*”.

None of those experiences are conducive to a person being able to relax, and were all misjudged by the professionals involved. While I know that the nurses know that chatting to the patient during the test will help them to relax, there are things which should always be avoided, and all of the above are prime examples.

Other things that should be avoided, and which were worryingly prevalent, were comments on people’s vaginas and cervixes. Sometimes complimentary, such as “ooh, you’ve got a LOVELY pink cervix!”, said to @londonfeminist, and others rather insulting, such as @hannahgould1 who was told, “My goodness, you’re a strange shape aren’t you?”. In my own experience, a GP was searching rather painfully for my cervix, and declared, “Oh blimey!” when she finally found it, which isn’t something you ever want to hear in those circumstances, and Jessica Reed was asked, “Did you have a baby? No? An abortion then? No? *are you sure?* Because your cervix is huge!”.

It wasn’t just cervixes being commented on, but vaginas too. Some people were told their vaginas were shallow (causing @EnstonJump to ask, “Does that mean it judges people on appearances?”), and others were deep. Some comments suggested that people’s vaginas were too large or baggy. Of all the things women are pressured to feel bad about, I had no idea that the appearance of my cervix was up for discussion.

@Jarrahpenguin, @kirstyyarr @ruwaydamustapha, @mrsnickyclark, @elmyra and @ghostlove were amongst many who felt it important to point out that they, or people they know, have had very positive pap smear experiences, and @felinefeminist describes “clinics that allow women to sit at 45 degrees for checks and insert own speculum. Really good practice!”.

Clearly, more needs to be done to ensure that women have positive smear test experiences. Tomorrow I am going to post about the official good practice guidelines, and other important areas that they do not cover, along with advice from some of the people involved in the discussions on twitter.

Because I could only mention a tiny number of the actual tweets sent in this post, I have uploaded a document where I copied and pasted a lot of the original tweets, and it is visible here. It is not complete, because I had to switch to Speech Recognition Software part way through, and selecting text is a nightmare with that.

In the meantime, some interesting reading about about cervical cancer can be found at the Jo’s Trust website, and there is some fascinating viewing (read the warning first!) at Beautiful Cervix, but if you are at all squeamish, be warned, it is a site of photos of cervixes at different stages in the menstrual cycle, pregnancy, after abortion, and after birth. Some people found it amazing, some found it disgusting.

You can read part two of this post here.

[The image is a photograph of an orange-yellow lily in close-up. It was taken by Lindsey B and is used under a Creative Commons Licence]