You can’t smash patriarchy with transphobia

Transphobia is the great shame of modern radical feminism

Lack of interaction between cis and trans feminists is a crucial part of the problem and is, to my mind, a major factor which leads initially reasonable enquiry in the direction of hate

Raymond’s book created a furore, the fallout of which has been pretty extreme. Like the bits of PVA glue you can spend increasingly frantic hours trying to get off your post-primary school art class hands, we are still, almost unbelievably, arguing about whether exclusion of trans women can be justifiable, and whether transphobia is even a thing. (Hint: no, yes).

Some of the more successful activist events in London have repeatedly come in for their fair share of criticism on this score. Every year, the women-only march Reclaim the Night London is questioned on its attitude towards trans women. As one of the members of this year’s steering committee, I’m pleased to say that it will now be made clear on our website that Reclaim the Night welcomes all kinds of women, whether trans, cis, disabled, of colour, lesbian, able-bodied, white, bisexual, Muslim, Jewish, straight or otherwise. 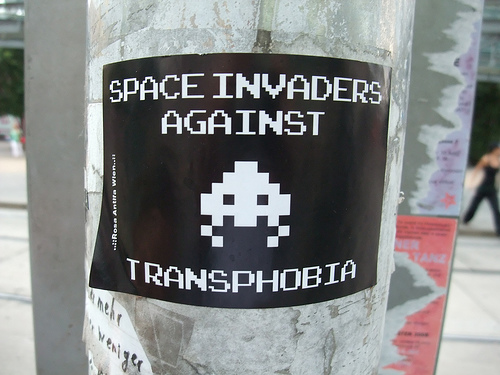 But the discussion is far from over, and it is a small and rather pathetic step for a group which officially acknowledges that trans women are just as welcome as cis women, but doesn’t really want to say so openly. We still have to appease the transphobes. Their voice is small, but by god it is vocal. The committee that finally agreed to welcome trans women on our website, (but not our flyer, oddly) was split down the middle; a small minority expressed opinions that would make even David Starkey blush.

I can understand what leads some cis radical feminists to transphobia. Part of what sustains it is confused ignorance stemming from the uncritical acceptance of writers like Raymond, Sheila Jeffreys, Germaine Greer and Julie Bindel, who have each attempted to normalise transphobia as a part of radical feminist criticism. Part of it is lack of awareness that this is even an issue. Partly it is a lack of interaction between cis and trans feminists. And part of it is plain old hate. Disturbing blogs such as RadFemHub provide plenty of the latter.

This is not the first case of a dominant feminist majority oppressing a feminist minority. I guess we can’t run away with the idea that ticking the box marked ‘feminist’ automatically makes you aware of all your privileges and immune from acting on them

Even though they’ve been rebutted again and again, the same befuddled transphobes keep bouncing back. With good reason, some might say. The questions trans issues raise are hugely relevant for feminism, particularly radical feminism. Gender and sex are, if you like your understatements massive, quite complex. What does it really mean to ‘feel like’ a woman? Or a man, for that matter? How exactly could I have the sense that my real and perceived gender identities are at odds? Is the perspective that we have gender identities which aren’t socially constructed one that is always at odds with feminism?

Lack of interaction between cis and trans feminists is a crucial part of the problem and is, to my mind, a major factor which leads initially reasonable enquiry in the direction of hate. Cis women who have rarely if ever been involved in activism alongside trans women may well begin to believe in Raymond’s rabid pictures of infiltrators, rapists, colonisers and whatever else. Maybe it isn’t surprising that when someone like Bindel, whose journalism is otherwise pretty on the money, writes, “transsexual surgery becomes modern-day aversion therapy for gays and lesbians”, or “‘transsexuality’…arises from the strong stereotyping of girls and boys into strict gender roles”, some radical feminists just accept it. There are so few prominent radical feminist figures with powerful public voices that it can be tempting to sympathise with Bindel’s narrative, in which she is the beleaguered defender of radical feminist thought against a censorious smear campaign. 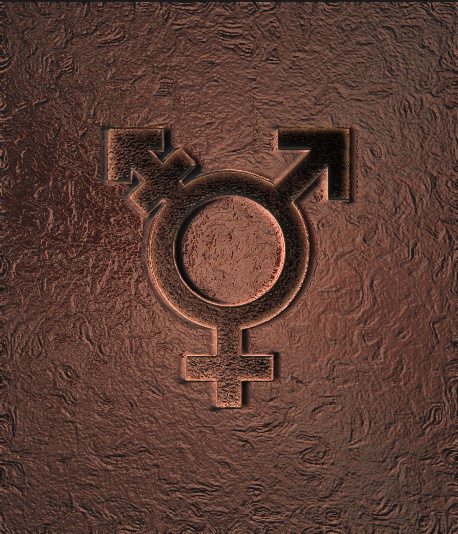 But it is simply not true that such transphobic sentiments have much to do with radical feminism. There’s an eye-jiggling contradiction in these beliefs. If we, as radical feminists, are for the idea that biology is not destiny, we cannot simultaneously hold the opinion that, “a trans-sexual ‘woman’ will always be a biological male” (or vice versa). To deny that sex-reassignment surgery works backhandedly reaffirms the gender essentialism that we were at the beginning setting out to oppose. Yes, there’s a bitter irony in that.

It is strange that the same feminists who abhor the use of the free speech defence as justification for pornography will sometimes utilise it in defence of transphobia. I have seen it argued that calling out someone as a transphobe is used as a bullying shut down of fair radical feminist criticism. That’s bullshit and it needs to be recognised as such. Asking questions about sex and gender doesn’t justify demonising a class of people or denying their existence. The two are quite clearly different. That some radical feminists have been transphobes doesn’t make transphobia intrinsic to radical feminism, and to say so betrays a complete misunderstanding of what radical feminism is.

Let us not forget that this is not the first case of a dominant feminist majority oppressing a feminist minority. I guess we can’t run away with the idea that ticking the box marked ‘feminist’ automatically makes you aware of all your privileges and immune from acting on them. We shouldn’t pretend that white feminists didn’t openly discriminate against feminists of colour at the outset of the women’s rights movement, that the actions of women of colour were not overlooked, and that feminism isn’t still dominated by white women today.

Radical feminist transphobes might be surprised to learn that trans writers and activists are, and have been for a long time, taking on these important questions about gender and sex. The difference is that trans writers are doing so in a way that usually manages not to stigmatise a group of people who are also dealing with the fall out from patriarchy. My favourite trans feminist writer, Patrick Califia, puts it beautifully when he says, “There are many levels of gender dysphoria, many aberrant accommodations other than a sex change. Feminism, for example.”

Image of poster – “SPACE INVADERS AGAINST TRANSPHOBIA” – taken by Flickr user James Cridland. Picture of a transgender symbol in copper taken by .