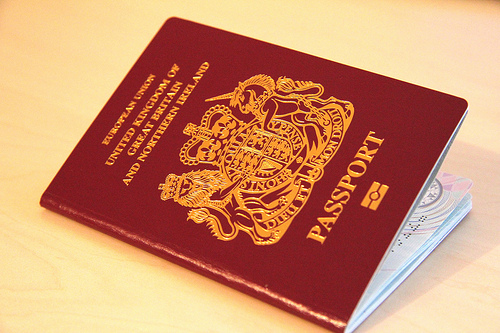 Should documents be gendered? On the basis of a distinctly unscientific poll, taken amongst a group of feminist academics yesterday, the answer is easy: if gender is not strictly necessary, then the option not to specify gender should be there. For everyone.

That sounds straightforward. Unfortunately, though, the issue has got tangled up in other issues.

Not least, it has recently been trumpeted as being a sop to the sensitivities of the trans and intersex communities (it isn’t) and political correctness gone mad, thereby giving some papers yet another excuse to put the boot into the Lib Dems, who are closely associated with this idea.

The Australian Government announced last week that it was leading the world by giving official recognition to intersex folk, allowing those certified as such by a medical practitioner to carry a passport with neither M nor F on it. Instead, they will be allowed an X, which means – the government claims – in line with International Civil Aviation Organisation (ICAO) standards, “indeterminate/ unspecified/ intersex”.

Actually, it doesn’t. In those standards, X should be interpreted as “unspecified” – which almost certainly indicates simply that gender status is not recorded. Which is something else entirely from creating a “third gender category”.

That is what makes this an issue of more than passing interest to all women. In parliament last year, during a debate on the abolition of ID cards, Lib Dem MP Julian Huppert raised the issue of gendered documents. Why, he asked, did we require gender on documents when it wasn’t absolutely needed. Now that’s a very good question indeed – and one that the Home Office admitted last week it is quietly considering.

First off, it is a gendering of society. Putting an F (or M) on a CV or job application means that for some of the most significant decisions likely to impact upon an individual, gender is in play from the very beginning. And while in most cases, what you see is what you get – an F on a document is also likely to look like an F in person – the very fact that gender is printed on a document usually means it is also held on a computer system somewhere and used for analysis and even for decision-making.

So, yeah: loads of reasons for removing gender from documents or just not displaying it.

A few, though, for keeping it. Many trans men and women need documents with gender identity because their gender presentation does not always match their identified gender. That goes double for trans persons traveling abroad, where tales of trans women being removed from restrooms in the US of A by police at the point of a gun are uncomfortably common.

There are also women – particularly those who present as butch – with similar issues. Discussing the difficulties that trans friends have with a short-cropped be-suited lesbian acquaintance a few weeks back, she laughed and suggested that they weren’t alone.

To gender or not to gender. That is the question. Its an issue that goes far wider than intersex – and I don’t believe there is any sort of easy answer.

Picture of a slightly opened UK passport on a light peach background surface by Ben Dodson, shared under a creative commons licence.