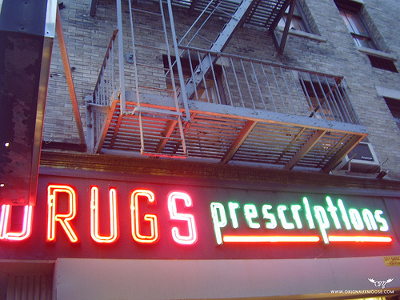 How prescribing practice puts us all in our places

Prescribing is political. Economic, too. But if you focus too hard on the obvious headline-grabbing issues – abortion, IVF and gastric bands – you may just miss the wider implications of how the system works in the UK and, to greater or lesser extent, abroad.

These are how it is set up by professionals, for professionals and mostly excludes the experience of those who live with particular health issues.

A good start point is the experience of groups who have historically found themselves on the margins – and for that I’ll return to the Australian case documented in my last post.

This explained that intersex individuals, who have some very precise hormonal needs are faced with a stark choice: self-declare as potential sex offenders; or source hormones unlawfully – and at some personal risk – over the internet.

This is because the Australian system lists “regulated” substances: and where a substance is regulated, a GP may only prescribe it for one of the officially listed purposes of that substance. On the plus side, that means some testing has taken place and there is some understanding of possible negative side-effects.

However, as several intersex people have written to tell me, it means that where a GP doesn’t want to treat them, doesn’t understand their needs, or isn’t prepared to take on the powers that be, they just won’t prescribe. This leaves a group of individuals who need hormones to treat conditions that range from the debilitating to the life-threatening wholly unsupported.

But they’re a minority? At the edges of medical knowledge?

Not exactly. The same difficulty manifests for trans men and women in Australia. It also manifests for non-trans women, whose choices for HRT have been progressively eroded by a toxic interaction between drug companies and prescribing authorities to the point where the only options available for them are limited, to drugs that some have difficulty in tolerating.

Still that’s Australia and nothing like that happens in the UK?

In theory, if you are transgender, then recommendations for what hormone treatments you should receive are made by experts based within Gender Identity Clinics. Those recommendations are passed to local GP’s and, in line with current GMC guidelines, which acknowledge that experience counts and not everything can be tested for every purpose, the local GP’s should prescribe.

Except in Camden, they don’t. They won’t. For now, this looks like a mix of transphobia and local budgetholders pushing the envelope: seeing what they can get away with before someone in authority reads the Riot Act.

What japes! Except that behind this tale are trans men and women quietly crumbling with the despair of it.

Across the UK, similar games are played with the intersex minority. The same story for HRT. Those in power prescribe according to personal prejudice and often penny-pinching monetary considerations.

The GMC acknowledges that experience can be important, and if you have ever worked closely with any support group for a particular condition – from osteoporosis to polycystic ovary syndrome, from gender identity to autism – you will be more than aware how much knowledge, experience and expertise most groups have both of their own condition and of the pros and cons of available medication.

Frequently, their depth of knowledge far outstrips anything that GP’s can come up with: yet in the UK, as in Australia, that experience counts for nothing besides guidelines that place the rights of patients in the hands of a few sometimes very opinionated gate-keepers.

Picture of a neon “Drugs Prescriptions” sign underneath a balcony by Originaux Moose, shared under a creative commons licence.