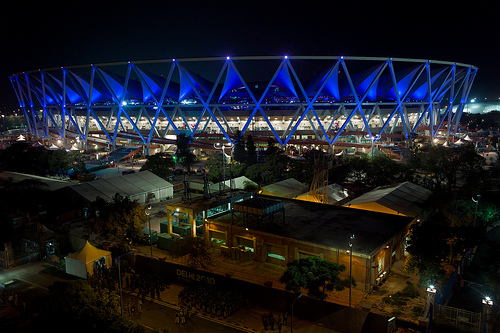 Sex work and international events: whose side are the politicians on?

I had to smile at the news that the arrival of the Queen, plus assorted Heads of State, was cause for celebration by sex workers in Western Australia. Briefly, I found myself giggling at the whole new light this shone on headlines about “Her Majesty down under”.

Then I sobered up. Because this, back to back with another story I covered last year in the Register, illustrates neatly and nastily the hypocrisy and couldn’t-care-less attitude of politicians and journalists who publically profess to care about women – and privately don’t.

Let’s start with last year’s story. It was about trafficking. Or rather it was about how the issue of trafficking gets battered into shape to fit certain media memes. This was the idea that, come the big sporting event, cometh the influx of trafficked sex workers. Not just a few, either, but a large and numerically precise tribeful: 40,000 to be exact.

Thus, it was confidently predicted that 40,000 sex workers would turn up at the Commonwealth Games in Delhi. Before that, the same magical number was bandied about in advance of the World Cup in South Africa, at the Winter Olympics in Vancouver and at the previous World Cup in Germany. I’ve not seen that number forecast for next year’s Olympic excess: but like the first cuckoo of spring, I expect to hear it sometime soon.

The trouble with these precise forecasts is that they are neither substantiated by the facts, nor greatly supported by the underlying economic logic. I’ve spoken to sex workers, both individually and organised: i’ve looked at the reports by organisations such as the Global Alliance against Traffic in Women. And I’ve spoken to senior police officers.

There is some consensus that demand for sex work increases during these occasions, but little support for the claim that this is an increase in trafficked workers. Why would there be? After all, the events themselves are of short duration and mostly family-focused, rendering any increase in demand slight and short-lived. It simply doesn’t make sense to bring in bus-loads of trafficked women for a fortnight. No, if there is going to be an increase anywhere, anytime, it will be during the construction phase, when places like the Olympic site are full of mostly single male workers far from home and family.

Organised criminals may be bad: but they are also economically rational.

Still, its a popular bandwagon. One newly-minted champion of the women’s cause is none other than Mayor of London, Boris Johnson, who last year expressed his determination “to crack down on prostitution and human trafficking in the run-up to the London 2012 Games“.

Still, I ran that one past the Met and officially, they were unimpressed. Unofficially, and off the record, a senior officer was unimpressed and rather ruder.

I put THAT back to the Mayor’s office: no response.

What then of the recent story in Perth Now? Local Madam, Mary-Anne Kenworthy expects the arrival of the Queen, plus over 50 extra heads of state and their support staff to be a blessing. Cheekily implying that politicians and journalists are good for her business, she tells the paper: “I have the potential to increase my turnover 80 to 100 per cent during CHOGM.”

Er, yes. I know its a wholly unscientific thought, but I really wouldn’t be surprised to find that sex workers drum up far better trade from a bunch of political and media hacks than from young families attending major sporting events.

In the end, though, neither of these stories fill me with joy. I write about sex and sexuality. I support the rights of adults to be adult and to choose their own sexual path – but not at any price.

Large events and large crowds bring with them issues of violence and other forms of abuse. There needs to be work done on making the streets safe for all when tens of thousands of celebrating, inebriated sports fans pour out of clubs and bars late at night. There needs to be protection for women involved in sex work – and for those not involved: and there needs to be decisive and swift action in respect of trafficking when it is found.

That won’t happen where – my real bugbear – analysis of the problem is derailed by clichés that owe more to moral panic than the real evidence. Because solutions that aren’t based on evidence are as likely to harm those they set out to protect as achieve any lasting good.

Still, what of our Perth madam? Prostitutes and the Queen in the same story? Cute, huh?

It’s popularisation and mythology of a different sort, designed to view our politicians and media are just “ordinary guys”: burying issues of power and abuse and inequality under a facade of bonhomie.

Coming just a week after a certain Dominique Strauss-Khan walked free from a court in New York, it really does not surprise me overmuch to find that when it comes to issuing dire warnings about exploitation of women and trafficking the former are far keener to warn of the dangers posed by the latter than to put their own house in order.

Picture of the main stadium of the 2010 Commonwealth Games in Delhi (lit up at night) by null0 and shared under a creative commons licence.