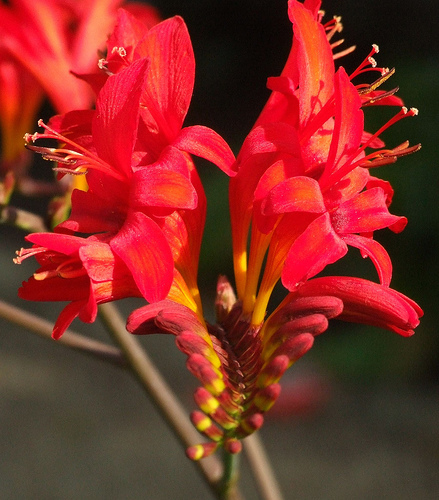 Are we there yet? The menopause and older women’s lives.

When it comes to the menopause, women need to be in control of their own bodies and their own choices. Although for some women the menopause, which literally means the cessation of menses, occurs earlier, the average statistical age for the menopause is fifty two. Symptoms can start ten – or more – years before a woman’s periods stop.

Research up to the 1960’s suggested that menopausal symptoms were produced internally only, by fluctuations in hormones. This helped to drive the stereotyping of menopausal woman as solely responsible for their own ‘condition’. However, later research, notably by Margeret Lock in 1998, began to look at the cultural and nutritional aspects of the menopause. A study of older women in Japan showed that there was no word for menopause in the Japanese language. Rather than a word that describes the cessation of a physical characteristic, the Japanese word ‘konenki’ describes a transition time in terms of lived experience. Additionally, there was no word for ‘hot flush’ as this hardly ever occurred in Japanese menopausal women.

This revelation led to much theorizing and speculation as to why the Japanese menopause is so different, with a raft of soya remedies to mimic the Japanese diet flooding the market. Another theory is the cultural differences of how older women are treated in the Western world. Older Japanese women are respected for their wisdom; age is seen as beneficial experience and valued.

In Western culture older women are often shunned and disappear from the media gaze as they age, as Western worth focuses on appearance and values youthfulness. A tabloid newspaper article speculated about a ‘menopause test’ and women’s activities showed graphs that measured the ages of women only up to 50; the implication was that when women’s fertility reduces they lose their entire worth and disappear. The obsession with youth and slenderness in the media is at odds with the menopause, where, in order to compensate for falling estrogen levels, the body develops fatty estrogen-emitting deposits. The danger is that should estrogen fall too low, osteoporosis and other serious symptoms can develop. So, as well as damaging the self-esteem of older women, the constant pressure to lose body fat can be physically damaging for menopausal women.

In order to combat this negative perception of ageing, women often turn to synthetic hormones in the form of hormone replacement therapy. Whilst these may help some women’s symptoms temporarily, the risk attached to HRT, and its side effects, remains a serious concern. There are many over the counter remedies that help symptoms for some women, unfortunately these have often never been formally medically tested and can have side effects. Instead of focusing solely on the physical aspect of menopause, maybe there is something we can learn from in Japanese culture.

Perhaps the negatively loaded words used to describe older women such as ‘hag, crone, moody, angry, unpredictable, monster, twisted and witch’ could be reworked back to pre-patriarchal society constructions of older women such as ‘oracle, healer, wise woman, kind, and strong’. Until this happens, the menopausal woman embodies the repressed, unacknowledged and feared parts of personal identity and societies.

Thanks to the internet, we are able to read many men and women’s stories of how the menopause has affected their lives. Whilst this in itself is positive and empowering, it is still bound up in the patriarchal system of medicine and commercialism, where, rather than allowing a woman to pass through a natural transition, she is pathologised and made to feel that she needs to ‘do something about it’ to fit into ‘normal being’ – when the menopause is an entirely natural event.

The choice lies with the individual woman as to whether they try to alleviate their own symptoms, whether they visit their GP for synthetic hormones. However, struggling free of cultural and societal attitudes to older women may be more difficult, and is a worthy project for the feminist collective. After all, there’s no escaping the natural infradian rhythms of life, be it periods or menopause. Equality means that women, even older women, should be able to shape their own lives to provide a cushion for their changing lived experience journey without oppression. We’re clearly not there yet.

(Please note that ‘menopausal experience’ in this article includes any person who experiences menopausal symptoms personally or vicariously.)