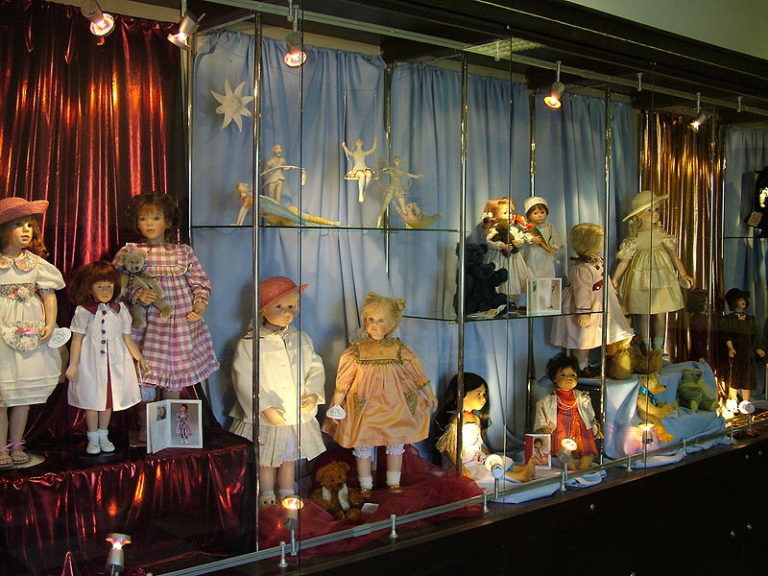 All I want is to buy a doll…

My nephew turns one at the end of the month.

I already know that his presents consist of various toy cars and trains and a workbench, despite the fact that currently his interests primarily encompass tapping his thumb on things, chasing the cat, and giving Auntie Carrie slobbery kisses that have actually started to hurt a bit now he has two teeth.

Yes, indeed, we’re seeing the reinforcement of gender norms even at this tender age. I’ve done my best, but I am only one person fighting the tide. But goodness me, the dolls out there are scary. I’ve been trawling toy shops – there don’t seem to be any dolls appropriate for a child as young as my nephew. No, the dolls on sale out there are in the “girls’ section” of toy shops, and they are terrifying newborn-size things, with bottles and nappies and pushchairs and goodness knows what else. I even found one that’s toddler-size. Get your parenting practice in early, girls – because the other stuff, like train sets and climbing frames and building blocks, is over the other side of the shop and is simply not and will never be for you!

I wouldn’t be keen on buying these kinds of dolls for older children, let alone a child who’s still a baby. So this is a call for help – is there anywhere that sells dolls appropriate for babies and toddlers, preferably a shop that doesn’t have ludicrously annoying girls’ toys/boys’ toys divisions arbitrarily imposed?