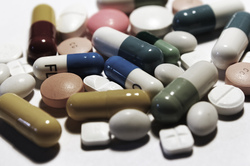 Today is World Mental Health Day, and amidst the stamping out of stigma and awareness raising there is also a loud and pervasive perpetuation of misinformation. I’ve already been asked to give money to people ‘at risk of mental health’, for instance, when mental health is surely the goal – mental ill-health is where it becomes problematic. I’ve certainly never been asked to donate funds to fight physical health.

Mental ill-health has characterised much of my life, and is frequently far more incapacitating than my physical impairments. I’ve taken psychiatric medications for 17 years, and that’s unlikely to change any time soon. I’m not overjoyed at the sheer range of pharmaceuticals I swallow every morning and evening, but it is far from the most significant aspect of my mental distress. So why do so many people focus on the pills as the problem?

For instance, as part of World Mental Health Day awareness on twitter, a study telling me that women’s use of antidepressants is at crisis point keeps appearing. In this, Platform 51’s director of policy, campaigns and communications Rebecca Gill, said:

I appreciate that their study goes on to explain that they are criticising the practice of prescribing antidepressants in the absence of any other psychological support, the frequently highlighted statistics like, “A quarter, 24%, of women on

antidepressants have been on them for ten years or more” serve only to stigmatise people like me.

Rebecca Gill goes on to say,

“Worryingly, our research suggests that there is still a huge stigma attached to mental health problems. With 1 in 5 not telling their families and 1 in 10 keeping it a secret from their partner, it is clear that women fear they will be judged on the state of their mental health”,

seemingly without the awareness that scare statistics about antidepressants contribute to that stigma. Their chosen headline is not that rates of women in mental distress is at crisis point, rather our use of antidepressants to cope with it.

Antidepressants are not the enemy. I agree that appropriate psychological support should be more widely offered, and that medications should be reviewed regularly. However the problem is not with the pills. The problem is the world we live in that makes so many of us despair enough to seek medical help to manage it. It’s with the levels of rape, domestic violence, female genital mutilation and sexual abuse that can make live unbearable for so many. World Mental Health Day should not be ‘celebrated’ by stigmatising us for coping in whatever ways we can.

[The image is a photograph of many different medicinal pills and capsules. It was taken by e-Magine Art and is used under a Creative Commons Licence]