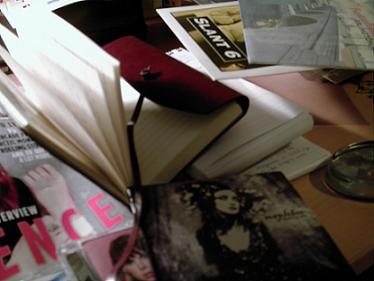 Disclaimer: This months playlist features excessive and enthusiastic use of the other ‘F-Word’. You have been warned…

This months playlist began with a desire to organise some kind of musical nod to the 20th anniversary of Riot Grrrl. From there it shifted focus slightly towards things of a more indie singer/songwriter-y bent, and has coalesced into a hymn for the inner world of the teenage girl.

I could have made the playlist even more searingly, soul slicingly personal by swapping Bikini Kill’s ‘Feels Blind’ for ‘Tell Me So’, a song which within a few seconds is capable of conjuring up almost every single bad memory I have of high school. But I wanted to go for a track that represented the band at their rawest and most brilliant, which is why I opted for ‘Feels Blind’. I’m also including here a searing performance of ‘Suck My Left One’, which dates from the same period as ‘Feels Blind’.

‘Rebel Girl’, the most obvious choice of Bikini Kill track, was recently included in Dorian Lynskey’s ode to the protest song 33 Revolutions Per Minute, reflecting the way in which the critical position on Riot Grrrl has shifted slightly these past 5-10 years. Whilst the nod to Riot Grrrl’s 20th Anniversary has been tiny when set against the coverage of the 20th anniversary of Nirvana’s breakthrough album Nevermind, you have to take whatever tiny victories you can find.

Not to say that this months playlist is all about Riot Grrrl, in fact there are many bands featured who have no connection to the scene whatsoever, but I would like to think that those playlisted share a certain independence and outspokeness, and that in their various ways the respective tracks tap into the various aspects and dimensions of the female psyche.

I’ve included Nation of Ulysess because of their links to Bikini Kill. I once read a quote that described NOU and Bikini Kill as being two sides to the same coin, and I think the two tracks placed next to each other reflect that.