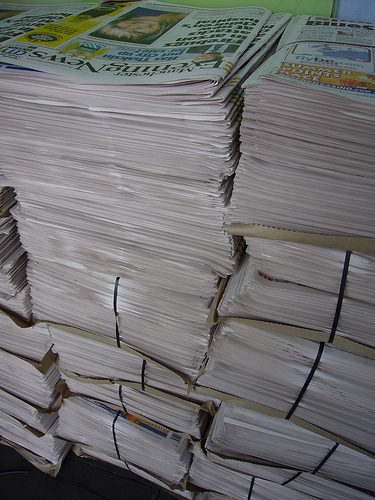 “Saint or she-devil?” How about neither?

Needless to say, some of the language in the wake of Amanda Knox and Raffaele Sollecito’s acquittal has been as ridiculous as it ever was

The case surrounding the horrific murder of Meredith Kercher and subsequent reporting on the convicted (now acquitted) killers is well-trodden ground in terms of feminist critique. I’ve tended to avoid comment or speculation myself on the basis that I have personally found it very difficult to judge the complex details of the case itself when it has always been apparent that -guilty or not- Amanda Knox has been subject to an uncomfortably sexualised and irrelevant scrutiny by the media. It has often seemed as if some people would have had her thrown in jail for apparent crimes against female modesty. Of course, anger about this is no more justification for setting a convicted person free than anger about lack of closure for a murdered person’s family is for making sure someone is punished for it (at the possible expense of the truth and therefore genuine justice for the victim).

Needless to say, some of the language in the wake of Amanda Knox and Raffaele Sollecito’s acquittal has been as ridiculous as it ever was, with asinine statements about Knox, such as “saint or she devil?” appearing in much of the mainstream media alongside nothing more critical than a couple of quotation marks. Meanwhile, Raffaele Sollecito seems to have largely escaped such dichotomous caricaturing and Rudy Guede has “almost disappeared from media coverage” (raising questions about possible underlying racism).

Some of the comments on Yahoo have been equally frustrating. These have ranged from the usual implications that inappropriate behaviour is reason enough for punishment (“Where were the tears for the victim of this horrific crime? Tears for herself, but none, it would seem, for poor Meredith. – Just cartwheels in the police station where she was ‘helping the police with their investigation'”) to the frighteningly simplistic (“Her mobile phone was switched off at the same time of the murder along with her boyfriend’s. That alone is enough for her to rot in jail in my book”).

In the midst of all this, one particularly heartening bit of commentary I saw today came from Jane Moore’s column in The Sun. The piece doesn’t seem to be available online but the headline is Disgrace that Knox’s gender went on trial and Moore comments on the treatment of Knox on the basis of her “lack of emotion”, attractiveness and a trial seemingly conducted on “pejorative rhetoric”. It’s not often that I find myself agreeing with something in The Sun but, as with all the mainstream papers, feminist points do pop up from time to time and that surely deserves some credit:

“Amanda Knox inadvertently became her own worst enemy by doing cartwheels at the police station and smooching with Raffaele while other friends openly sobbed. Yes “Foxy Knoxy” is an attractive middle class woman who came across as an emotionally detached cold fish but does that make her a murderer? No…

Women, you see, are the fairer sex. This means that, according to some, we must immediately crumble in the face of adversity… Anything less and we are a betrayal of our gender and not to be trusted…

…It was this hackneyed mindset that saw Amanda Knox vilified as a woman who was “obsessed with sex and alcohol” (like many 20 year olds) and branded a ‘diabolical, demonic, satanic she-devil’…“

Moore continues by reiterating that “the character assassination of Amanda Knox is the same old anti-female rhetoric” seen in the Madeline McCann case. She also mentions Knox’s lawyer’s “Jessica Rabbit” comparison (“she’s not bad, she’s just drawn that way”), inferring that Knox’s gender and attractiveness were on trial and rightly saying the media must take its share of the blame for this.

I don’t know what else Jane Moore has said about the matter over the years but I’d like to give a resounding “Hear, hear!” to some of what she said today. I’d like to think such acknowledgement in a mainstream tabloid will lead to this kind of unhelpful reporting becoming a thing of the past but I somehow doubt it.

Picture of three piles of newspapers, with some still bound towards the bottom, by johnthurm, shared under a creative commons licence.