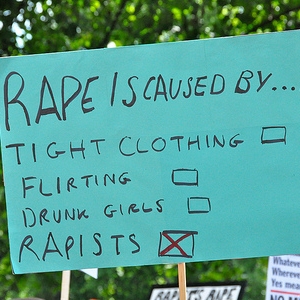 A plan is in the works for SlutWalk London 2012; this is interesting because one of the questions – implicit criticisms – we heard as SlutWalks were taking off was, is this movement a flash in the pan or will it build into something more substantial?

Planning a second march suggests at least it won’t be a one-year-only phenomena. No date seems to have been fixed yet, but there’s a fundraiser next month. Announcing next year’s SlutWalk, the organisers say:

We need to continue the pressure we have put on those who would allow sexual assault and victim blaming to continue and welcome the silencing of those who are raped.

Some of the controversy from the first SlutWalk is likely to be re-enacted, sure. But hopefully SlutWalk 2012 itself will be as inspiring as last time as well.

Photo by me, see the rest of my Flickr set from SlutWalk here