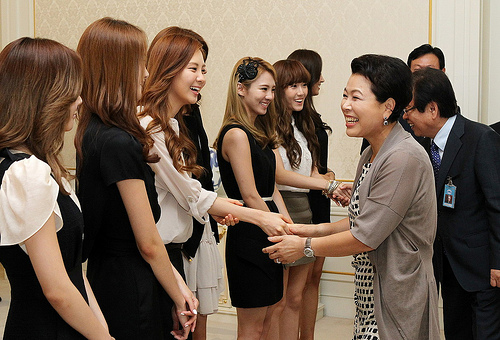 The politics of office dress

The spate of SlutWalks around the world have highlighted a powerful message: no matter what we wear, no matter how we present ourselves, we have the right not to be touched without our consent. For me that statement has a peculiar resonance because it is a much-needed, long overdue reaction to one small subset of a much bigger problem: that we are all, as women, judged every single day by what we wear.

Never mind pubs and clubs, I have trouble with what’s expected of women in the modern workplace.

It started with a dress. I was out shopping for another of the plain grey trouser suits I like to shroud myself in, and there was this dress, and I had a moment of whimsy. Why not show off my body in the office for once, just for a laugh? I’ve seen senior partners reduced to drooling idiots by a nice rack and legs, how much more effective if they suddenly realise the office Plain Jane also has these fine assets?

The dress fitted like a glove. It was grey and smart, and so technically office wear. It was also sleeveless and short and basically not that far off a schoolgirl’s outfit. Teamed with a pair of high heels, it looked sexy. Curves, bum, legs all nicely on show. The Whimsy Imp said “Buy it!” and I did. As a joke, you see?

On the first day, my joke went swimmingly. My male team leader, on whose radar I am usually the tiniest of blips, stopped in his tracks to watch open-mouthed as I tottered towards my desk on my high heels, winsomely spilling tea as I went. Male testosterone levels in my general area perked up a notch and I got compliment after compliment, and covert glances. The ugly duckling was playing swan and having fun with it.

My (female) boss singled out The Dress in a conversation about possible promotion. I was doing all the right things, she said. I had the image down

Then I started getting compliments from other women and I felt as if the joke was back-firing a tiny bit. My ironic feminist statement was being misinterpreted. The pretty women in the office (that’s most of them), with their carefully dyed blonde hair and short skirts and killer heels, embraced me as their own. I was fitting in. I looked like them now. 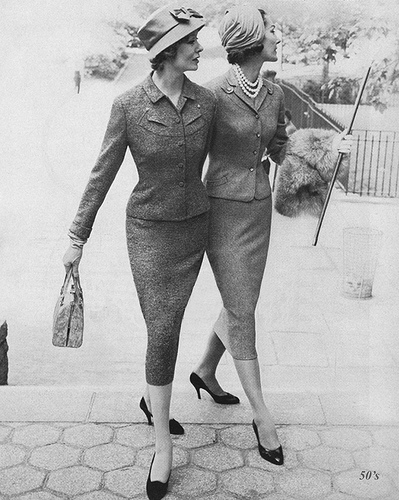 I wore the dress a few more times, and always got the same reaction. Looking sexy increases your office currency. In some offices, it’s the only way to gain respect. After all, it’s terribly difficult for a woman to have gravitas, that thing that young male executives develop the minute they hit 30. But baby, can we work those assets.

The worst part came when I was having my annual appraisal and my (female) boss singled out The Dress in a conversation about possible promotion. I was doing all the right things, she said. I had the image down. That dress, she said, was exactly the sort of thing I needed to be wearing if I wanted to get promoted in my company.

It made me want to chew off my own arm in feminist despair. Is it just naïve of me to want to be as valued for the work I do while wearing a trouser suit as much as while wearing a schoolgirl outfit? Does anyone else out there get that a woman can be bold and sassy and confident without showing off her curves?

Overall I’m happy that office fashions have moved on from the horrors of the 1980s power suit with sky-high shoulder pads. It’s great that women don’t have to feel afraid to display their femininity. But what happens when wearing appropriate professional clothing just isn’t enough, when you have to be Office Barbie to get taken seriously? Or when you have to walk a tightrope in the midst of ill-defined ‘rules’ of office culture?

Last year, 33-year-old Debrahlee Lorenzana took her employer Citigroup to court, claiming she was fired for being “too hot”. Debrahlee faced an onslaught of sexism in her office where she was criticised for dressing too provocatively, then too dowdily, for not blow-drying her hair straight, for wearing turtlenecks. The main problem seemed to be that she was so beautiful, the Citigroup men found her “distracting”.

Conversely, in Kyrgyzstan a popular TV presenter, Mars Dooronova, lost her job after refusing to stop wearing her hijab on air. Increasingly modern women are finding clothing to be a point of conflict between faith and their secular cultural identity.

In the UK, our culture wants women to be sexy… but not too sexy. Dress smart… but not too dowdy or conservative or you’re not hot enough for promotion. Image is everything, but there are no clear rules and women are judged on their looks far more obsessively than men, so are far more vulnerable to getting that delicate judgement wrong. Witness the hilarious memo the Bank of England gave to its female staff a while back: always wear heels (but not too high) and make-up (but not too much) and jewellery (but not too scandalous, so ankle chains are out). Funny? Yes, but not very. 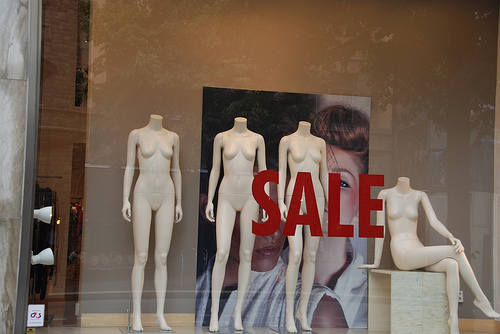 It doesn’t help that many high street chains barely give the nod to women’s office wear. Unlike with men’s fashion, there’s not a single high street shop that specialises in office wear for women. A man can have a choice of 50 suit designs in a shop, a woman is lucky to see four or five different suit designs in the office section of her high street shop. It’s a strangely neglected area considering how many women in the UK go to work in an office environment.

I understand the value of a certain conformism such as a professional uniform. I just want a working day to go by when I am allowed to be myself without being obsessively measured against an index of office sexiness. So while I applaud the efforts of the SlutWalk organisers, I would like to see their message extended even further. Women are not objects for male desire whether they are down the pub, or walking down the street, or in the office. Our clothes are not who we are. Our clothes do not define us. We have the right to be judged on our actions, on our merits, not on our clothing.

Melanie Davis is a feminist, sci-fi geek and mother of two