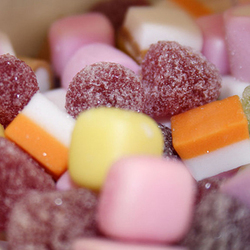 We can’t always blog about the stories in the news that catch our collective eyes, so here is this week’s open thread for discussion and our regular round-up of those we missed. They are links and blog posts that we found interesting, thought-provoking or newsworthy, rather than necessarily things we agree with, so please don’t take a mention here to mean agreement, or indeed disagreement, with the content.

TRIGGER WARNING: External links are to websites which are not necessarily safe places, and may contain material that some people find triggering. Please use your discretion and approach them with due caution.

[The image is a close-up photograph of some Dolly Mixture sweets. It is by Josh Roulston and is used under a Creative Commons Licence]