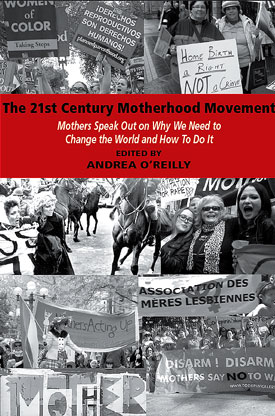 The 21st Century Motherhood Movement weighs in at 957 pages – that’s 81 chapters – and aims to provide, as the blurb states, an “invaluable and comprehensive collection”. I was (somewhat apprehensively) expecting an in-depth analysis of what the motherhood movement is, and how it relates to and negotiates dominant patriarchal discourses; something – given its size and its academic provenance (author and editor Andrea O’Reilly works in the School of Women’s Studies at York University, Toronto) – a bit more theoretical.

I was pleasantly surprised to find that the collection is more of a directory, a telephone book of active organisations working in some way with women who are mothers. There are two main reasons I found this pleasing. Firstly, given our government’s sustained attacks on all women, but particularly women who are mothers – in the form of anti-feminist rhetoric, decimation of the welfare benefits system, demonisation of lone parents, who are overwhelmingly women – it’s heartening to see just how many organisations there are in a worldwide context working positively with mothers, and challenging entrenched sexism right up to governmental level (CODEPINK’s tactics are particularly lovely).

Secondly, feminists who work in an academic field are often attacked for being too theoretical, for not knowing how things work at grassroots level and, indeed, not caring; the editor of this collection uses the introduction to theoretically situate what she terms “the Motherhood Movement”, without detracting from or undermining the actual work done by the organisations she writes about.

One of the biggest difficulties about this book is that it doesn’t have an index, which may seem like a minor point until you consider its size. The lack of index is, perhaps, understandable given that it may well have taken the form of a separate collection; this definitely impacts on the accessibility of the book though. In order to find the thing you’re looking for, you have to trawl the contents page, deduce what the chapter may be about from the title and then skim read in order to find what you’re looking for quickly.

Having said that, the chapters are nicely arranged. Each starts with a short introduction to the particular organisation and the reasons for its existence; the chapter then moves on to outline the aims and objectives of the organisation, its activities, the challenges it faces, its history or context, and its relationship to the wider Motherhood Movement.

The range of organisations covered is impressive, though I would suggest that there is a definite North American and Australian bias. Perhaps this is a reflection on the lack of motherhood activism going on elsewhere? It seems to me though to be more likely that the first proper anthology detailing a burgeoning movement – O’Reilly herself describes it as becoming coherent as a movement in the early years of the 21st century – has yet to fully interrogate the make-up of its most vocal proponents.

Mothers are ‘only’ mothers, essentialised into their bodies, their ‘natural’ role and good for nothing else, socially, culturally and politically

There are a couple of essays from outside this sphere (Iran and Russia, for example) and the collection incorporates the voice of black women – though these black women seem to be defined by their relationships to poverty and crime. With a few exceptions, the collection presents itself as a white, middle class endeavour, which is not commented on or raised as an issue by the editor in the introduction. This is particularly problematic because the collection aims to be a comprehensive and empowering survey of the Motherhood Movement. 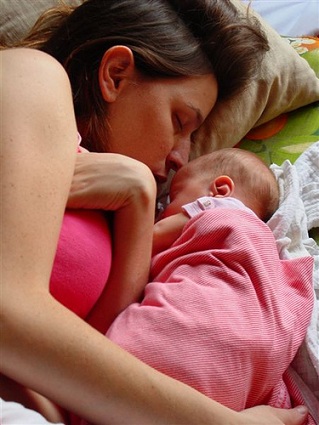 I would suggest that although O’Reilly states that this movement is feminist and aims to expand and learn from decades of feminist mobilisation, there is little obvious acknowledgement that white, middle class feminists have had to learn that their brand of feminism did not speak for or about the experiences of women of colour and those others without social and cultural privilege.

In the introduction, O’Reilly grapples with the central question raised by the collection. Are mothers women? Should we consider mothers as not women? This distinction has been one of the most useful dichotomies in the toolbox of patriarchy: on the one hand, women who are not mothers are less than ‘real’ women, unfulfilled in and unfulfilling of their femininity; on the other hand, mothers are ‘only’ mothers, essentialised into their bodies, their ‘natural’ role and good for nothing else, socially, culturally and politically.

Butler argues that the performance of gender draws attention to its arbitrary and constructed nature, making us realise that gender and its behaviours are not innate, but something we can put on and take off

Yet, as O’Reilly points out, it is still necessary to recognise that women who are mothers still suffer sexism disproportionately to those without children: the statistic she uses is that the pay gap between mothers and non-mothers under 35 is now larger than the pay gap between women and men of the same age. Mothers, therefore, need specific, mother-centred modes of organisation, support and mobilisation.

O’Reilly acknowledges the dangers of this in her discussion of maternalism as a position and emotionalism as a strategy, and what roles both have to play in the Motherhood Movement. O’Reilly argues that maternalism cannot be reduced to essentialism and that to dismiss emotionalism is to belittle femininity.

She throws Judith Butler and Gayatri Spivak into the mix, suggesting that “motherhood is… performed by maternalist activists” in the same way that gender is performed rather than naturally determined, thus engaging in what Spivak terms “strategic essentialism”. Unfortunately, there is no real development of this idea, and the finer points of Butler’s argument, in particular, are glossed over in order for O’Reilly’s argument to work.

In a nutshell, Butler argues that the performance of gender draws attention to its arbitrary and constructed nature, making us realise that gender and its behaviours are not innate, but something we can put on and take off, rather like a skirt. O’Reilly doesn’t highlight how maternalism draws attention to the fact that motherhood, or “the Mother”, is a constructed institution and identity.

Although she asserts that women use maternalism strategically, in order to undermine a romanticised and essentialised vision of motherhood, she doesn’t deconstruct or even mention what those strategies are. This unfortunately undermines what could be a convincing argument and makes the use of both Butler and Spivak as theoretical lynchpins seem like little more than an attempt to convince the reader that this is a coherent argument.

Sadly, for feminists hoping to see a resurgence in activism and debate around the notion of motherhood, O’Reilly explicitly separates the Motherhood Movement from feminism

Rather more uncomfortable, in my opinion, is the fact that the introduction links maternalism and emotionalism with women of colour only. The groups used by O’Reilly to illustrate her “performance of maternalism” theory are black women in the welfare rights movement in Detroit, and Argentinean women protesting against the military dictatorship that began in 1976. I say that this makes me uncomfortable because, in a collection which does not acknowledge the distinct lack of black voices, the linking of women of colour with emotional and ‘natural’ reactions and behaviour reminds me of all the old stereotypes that women of colour face regularly and consistently. 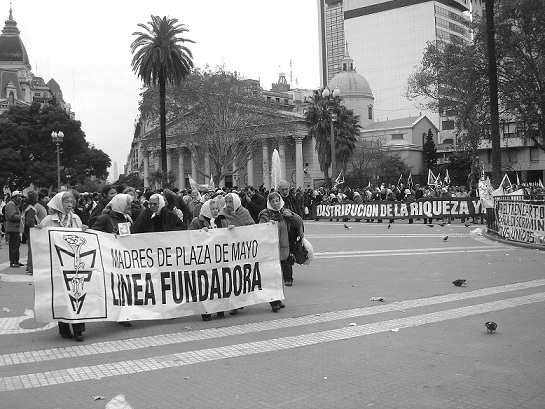 This is not say that O’Reilly wouldn’t expand this argument to include all mothers; simply that there appears to be no awareness of the problems of this argument and its lack of development. The chapters that discuss the mothers of Detroit and Argentina do not pick up O’Reilly’s argument and so the opportunity to really open up a theoretical space for discussion of the performance and performativity of motherhood, and the intersections of race and class with the identity of motherhood, has been lost.

Sadly, for feminists hoping to see a resurgence in activism and debate around the notion of motherhood, O’Reilly explicitly separates the Motherhood Movement from feminism and readers may get the impression that she feels that feminism has let down mothers, having not recognised the specificities of their situation.

Yes, the Motherhood Movement can draw on feminism, and learn lessons from feminism, she says, and she even terms the movement “matricentric feminism”. But she also appears to see feminism in simple terms. According to the introduction there is, unproblematically, a second and a third wave of feminism, feminism has leaders, it has books that define it and there are concrete dates from which it started. I understand that this is not a collection about feminism but I also find it odd that one of the biggest social movements of the 20th (and indeed the 21st century) can be reduced to a few lines in a text on motherhood.

O’Reilly sees it as a definite positive to view the Motherhood Movement as distinct from the feminist movement, and maybe she’s right. But on reading the introduction, O’Reilly doesn’t provide any concrete reasons for this separation which brings me back to the rather unhelpful – and, in my view, dangerous – binary construction between mothers and women.

However, although this is not a comprehensive analysis of what the Motherhood Movement is, I don’t want to detract from the fact that this is a useful tool for anybody wondering what is going on in the world of motherhood – it really is a wonderful resource. I also think it’s necessary to celebrate the active and positive work going on all over the place: anything that brings women together and makes them vocalise what patriarchy does to their lives is ultimately a good thing. And this collection most certainly gives these groups of women a voice, champions that voice and heralds the start of something that we are certain to hear more of.

Image of mother and baby shared by oreses on Flickr under a Creative Commons License.

Image of Argentinian organisation The Mothers of the Plaza de Mayo shared by willposh on Flickr under a Creative Commons Licence.

Adele is the co-founder of the Swansea Feminist Network, an active group of women from Swansea and the surrounding area whose main aim is to cause feminist mayhem on a regular basis. Adele works in Social Services and also teaches at Swansea University (although all views are her own). She writes and researches mainly in the area of contemporary women’s writing, and feminism(s) and popular culture, but wishes she had more time to spend blogging. Her most revered feminist icon is Andrea Dworkin, and in an attempt to emulate Dworkin, Adele is about to invest in her first pair of dungarees