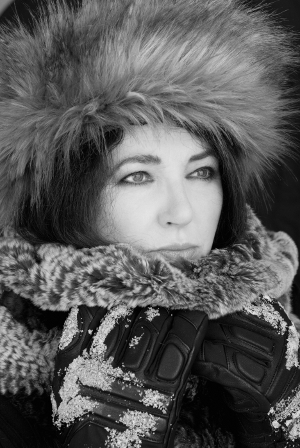 Living in the ice age: Kate Bush’s 50 Words for Snow

Kate Bush does not only create music, she creates the world. 50 Words for Snow is one of the many sonic multiverses Bush has imagined over an illustrious 33 year career that has seen her experiment, mutate, delight, annoy and amaze audiences with her skilful song craft and studio witchery.

50 Words for Snow is a slowed down, wintry wandering through Bush’s expansive imagination. It shows her to be in a confident mood, delivering seven songs stretched over a whopping 65 minutes. Her concept driven art could not be more out of step with the short attention span of our times. A clear warning that listeners harking after snappy, three minute pop songs with hooks and catchy choruses should stay away.

If, however, you are prepared to do the hard work and sit with the challenge 50 Words for Snow presents, you will be immensely rewarded. And the impact of listening to the album is immediate because of the lengthy journeys the songs take you on. The album demands your attention and, as ever with Bush, the devil is in the detail.

It seems to drift effortlessly along, the pace in perfect tension with the storytelling

The album opens with ‘Snowflake’ and features a mesmerising vocal from Albert McIntosh, Bush’s son, eulogised in 2005’s Aerial as ‘Bertie’. In fact, the vocal lineage of mother and son is startling to encounter, as Bush seems to have directly transferred the arresting qualities of her voice into her son’s pre-pubescent vocal chords.

Albert’s choirboy trilling is as emphatic as another snowflake favourite ‘Walking in the Air.’ The song literally captures the fragility of the young boy’s voice in transition to adulthood. It is a space of tender mourning, “My broken hearts, my fabulous dances. My fleeting song, fleeting”, frozen in space and time forever. It is nothing short of devastating, a feeling tempered by the insistent repetition of Bush’s phrase “the world is so loud. Keep falling. I’ll find you.” Thanks goodness she does. 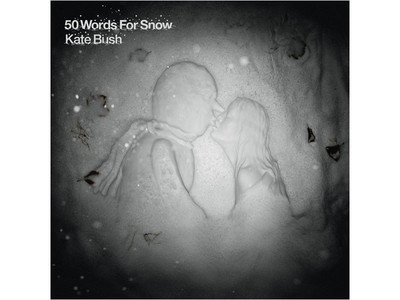 ‘Snowflake’ is an invitation to be inside the conceptual soundscape Bush constructs for the next hour or so. It asks listeners to be still, tune in, slow down and concentrate on the intimate trajectories of sound that meticulously unfold.

‘Lake Tahoe’ is even more epic than the opener, due largely to the many structural changes it contains. Each part moves the song along to the next scene of the story, a vision-like tale of a lady who rises out of Lake Tahoe, invoked by the choir voices that open the song. It is a ghost story exploring the companionship between the woman and her dog, ‘Snowflake’ that would make philosopher Donna Haraway proud. It will surely go down as one of the finest songs Bush has ever written. It seems to drift effortlessly along, the pace in perfect tension with the storytelling, while the gradual build up of instruments sweep up the listener in a luscious groove.

Whenever you listen to Bush’s music, a healthy appreciation of the ridiculous is a useful tool to have. It helps you to be ready for those moments in her albums that always pop up, the ones that make you wince inside and perhaps feel a little embarrassed that you are listening to it. But, nevertheless, you persevere because you love her and trust that there is something else going on, a deeper meaning that exists on the tantalizing fringe of the ludicrous.

This moment in 50 Words for Snow is ‘Misty,’ an epic exploration of a romantic relationship with a snowman. Yes, that’s right, a snowman. A snowman whose mouth is “full of dead leaves, bits of twisted branches and frozen garden, crushed and stolen grasses from slumbering lawn” and melts in the night, leaving the sheets “soaking.”

There is a sense of childlike play and sexual suggestion in this song that has always existed in Bush’s music. No doubt the hoards of middle aged heterosexual men who are her fans will have the opportunity to engage with their sensitive side in this number, as masculinity dissolves in a hot moment of passion. “I can feel him melting in my hand. Melting, melting, in my hand.”

Yet this moment is transitory, as the wider love affair with the non-human world, announced so clearly on Aerial, persists in the song, emblematized by the residue of leaves, branches and ‘stolen’ grass left on the pillow by the melted snowman. Needless to say, this lyrical drama is conducted over a jazzy piano that continually mutates and refuses to settle. Like melting snow.

Following ‘Misty’ is the album version of the single, ‘Wild Man.’ It is pleasing to hear this song played out in its entirety, as the radio edit was clearly truncated in its prime. The full-length version does justice to the dramatic ethos of the song whose infectious, driving rhythm propels the narrative. It features the hallmarks of the weirder side of Kate, the ‘chorus’ offering layers of vocals that allude to the rebellious vocal experiments of 1982’s The Dreaming. It is a welcome return.

The song dramatizes a chance encounter between explorers in the Himalayas and the ‘Wild Man’, the abominable snowman or Yeti, as he is more commonly known. It celebrates the myth and its mysteries. The speaker identifies with the creature, “you sound lonely”, while painting him as playful and transcendent of the earthly “roof of the world”. It extols the virtues of the wild and how this is under threat from human pursuit and classification. The vocal encourages the ‘Wild Man’ to ‘run away’ as the enigma is protected: “We found your footprints in the snow. We brushed them all away.”

‘Snowed in at Wheeler Street’ sees Bush writing a song that would do well in a sinister piece of musical theatre. It also allows her to indulge in high falutin’ fag haggery, realized in her duet with Elton John and, later in the album, with Stephen Fry. The constant backdrop to ‘Snowed in’ is an eerie keyboard pulse that undermines any sense of cosiness that could be gained from being stuck inside with a long lost love.

This musical understatement feeds the air of unease, making it more Sweeney Todd than West Side Story

Indeed, its all very end of the world stuff, with ‘9.11 in New York’ and ‘Rome burning’ being casual reference points, as a sense of murderous desperation in the love affair is conveyed, “Come with me, I’ll find some rope and I’ll tie us together.” This song, like ‘Misty’, teeters towards the ridiculous, but does not quite arrive there. The melodramatic chorus duet of ‘I don’t want to lose you!’ is not accompanied by the hyperbolic orchestration you might expect. This musical understatement feeds the air of unease, making it more Sweeney Todd than West Side Story.

’50 Words for Snow’ is a nursery school-esque recounting of 50 words for snow, delivered by Stephen Fry in his best radio voice. The song takes the popular phrase and explores how language acts as a prism through which meaning is invented within human culture. It celebrates, like much of the music on 50 Words for Snow, expansiveness as the potential for creativity. The urgency of this awakening is delivered by the shrill chorus “Come on now, just 22 to go, Let me hear your 50 words for snow”, while the final words signal a sober warning to the dangers of environmental catastrophe and the threat of an ensuing ice-age: “48 vanishing world, 49 mistraldespair, 50 snow.’

It has to be said here that as much as I love Kate Bush’s work, there are times when she gets too close to an uncritical and unthinking appropriation of indigenous cultures. There are also numerous instances in her back catalogue of blatant Orientalism and exoticism of people of colour. See ‘Kashka from Baghdad’ on Lionheart (1978), the title track from The Dreaming (1982) and the video for ‘Eat the Music‘ (The Red Shoes, 1993) as a few examples of this. 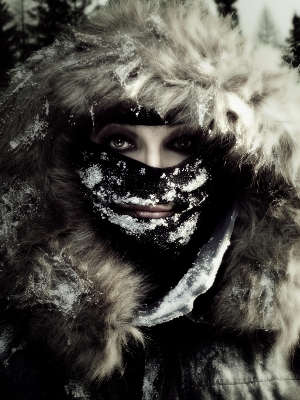 On her new album, I do think Bush has not given enough thought about using the myth that ‘Eskimos’ have 50 words for snow as her core inspiration. She is clearly impressed by the idea; otherwise she would not have gone to such elaborate effort in writing seven really long songs and spinning that concept through them. Nonetheless, there are moments on the title track and on ‘Wild Man’ in particular, that made me feel uncomfortable for all the wrong reasons. And is dressing in indigenous Tibetan costume really acceptable publicity material Kate?

The final song on the album, ‘Among Angels’ is simply a beautiful, intimate piano-led (as many of the tracks on the album are) elegy. It marks a crossing space between the living and the dead that fans will have encountered before on songs like ‘Moments of Pleasure’. The lyrics, that use Victorian English words such as ‘o’er,’ are delivered with conviction. This song will surely become a treasured Kate classic, sitting comfortably next to other tributes to the dear and departed, like the devastating ‘A Coral Room’ form Aerial.

50 Words for Snow is the sound of a songwriter doing what she has always done: written, performed and produced music that is out of this world yet, importantly, in this world. The music, indeed, opens up multiple worlds, stimulating creativity, heralding expansiveness. Perhaps most significantly it forces contemporary listeners to exist within extended soundscapes that require the skill of attentive, deep listening in order to appreciate the full magnitude of the music’s beauty. And beauty there is, in oodles.

Kate Bush has always been a healer, messenger and mediator between worlds. Nothing has changed with this work. But maybe, within the songwriting itself, there is a bit of the old confidence of her youth returning, as well as the insight of her later years. Here’s hoping that the next 33 years will be as creative for her. Nevertheless, I do think Bush needs to bring more awareness of how she appropriates other cultures in pursuit of her art. She risks alienating a lot of people who would otherwise be fans of her music. This is a shame, because in many ways it sparkles with brilliance.

50 Words for Snow is out on 21 November. Kate Bush is being interviewed on Front Row at 7:15pm on Radio 4 on Tuesday 22nd November

Recent shots of Kate Bush in winter gear supplied for press and shared under a creative commons licence. One is black and white and shows Kate looking into the distance in a furry hat, scarf and thick leather gloves. The other is in colour and shows Kate in a furry hat and balaclava. (See here for more details.)

Deborah M. Withers is a writer and researcher living in Bristol, UK. She is a self confessed Kate Bush fanatic, and wrote her PhD about her music. In 2010, she published a creative re-interpretation of her thesis called Adventures in Kate Bush and Theory. She does lots of other things too. See www.debi-rah.net for more info