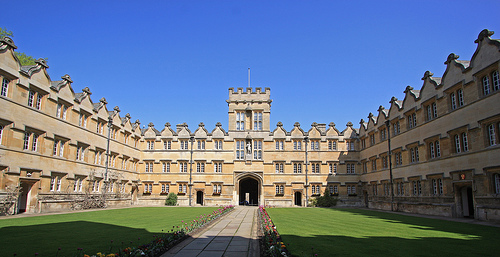 A degree in sexism

“Do you swallow?” Three tiny little words, so completely unexpected that it took me a while to register what had been said to me. The group around me was already erupting in laughter; the speaker, staring at me insolently, seemed to expect a reply. Unable to think of anything witty or even articulate to say, I simply shake my head in shock and turn away, the boys’ raucous laughter ringing in my ears. I had only sought to warn him that the cash machine that he was using had swallowed my card earlier that day. I was with a female friend; our group had walked a little way up the street away from us and we were alone.

This, a chance encounter at a cashpoint late at night, sums up for me a year that has opened my eyes to the sexism still endemic even amongst the youngest (and therefore theoretically most ‘progressive’) and most educated members of our society.

You see, last year I began studying at one of the top universities in the country, somewhere that prides itself on producing graduates destined for the most prestigious and important roles in the country; alumni enter the civil service, the BBC, top banks and advertising companies, taking on responsibility for our politics, our media and our money. Students here have achieved top grades in their A levels and are some of the brightest and most motivated young minds we have. So why, I am forced to ponder, do male students here still subject their female colleagues to such degrading and insulting sexist treatment?

Before university I led what you might call a sheltered existence; both my primary and secondary schools were single-sex, and I have had instilled into me ever since I can remember the importance of equality for men and women. I have heard the story of the suffragette movement, the Pankhurst sisters and how countless women sacrificed so much for my right to have a political voice.

I have learned about Margaret Thatcher and the equal opportunities reforms of the 1960s and ’70s; I have studied Top Girls and The Handmaid’s Tale, read Virginia Woolf and idolised Martha Gellhorn and Christina Lamb. To me, the battle of the sexes was an open and shut case; women should be equal to men, and we’re not there yet, but things are a lot better than they used to be, and no-one’s giving up any time soon. And it goes without saying that sexism and misogyny, in any form, are completely unacceptable.

Sexism no longer exists and women who claim that it does are simply whining about things that they do not understand and cannot change. I am being naïve in suggesting that complete equality is possible, and humourless in objecting to ‘women in the kitchen’ jokes, wet t-shirt competitions and strip clubs

These idealistic views were soon to mark me out among my new-found friends. I disliked it when my bum was pinched in a ‘playful’ manner, while other girls simply squealed and flapped. I was outraged to hear male friends make ‘women in the kitchen’ jokes, and angry when a guy in our year suggested to my friend (apparently as a joke) that she should not expect to achieve high grades because she is a girl.

I was uncomfortable hearing female friends casually describe acquaintances as ‘sluts’ because of how they dressed or behaved. Fairly early in the term I was being asked if I was a feminist on a regular basis; the question was posed usually in a casual, curious way, although once or twice it was accompanied by a disparaging tone and a disbelieving look, which made me feel like an unwitting relic from the ’80s.

My answer? I had never really thought about it; I had just assumed that everyone else thought the same as me. It had never occurred to me that I might be a feminist. The term felt extinct to me. I thought the values promoted by feminism were fully espoused by and integrated into society. Apparently not. 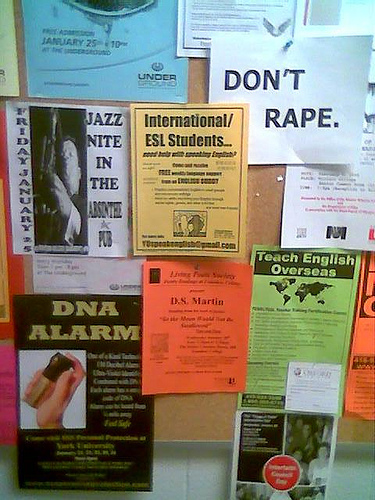 On more than one occasion I have been advised to “lighten up” and “stop overreacting”, and it is true that the extreme reaction produced by a simple mutter of “inadequate women” by any member of the male sex has caused people to start being casually sexist in front of me in order to produce a response. The problem is twofold; firstly that I can’t seem to be able to control the effect it has on me. It is kneejerk. The second issue is that I don’t want to change my reaction. I don’t see why I should have to sit there fuming silently whilst my male friends nonchalantly abuse my gender.

Even tiny little things, such as filling my name out on an online booking form as ‘Ms’ as opposed to ‘Miss’, expressing exasperation at being surrounded by boys playing pranks all the time, or incredulity at the lack of female directors nominated for Oscars, are greeted by cries of “such a feminist!”

What’s more, I feel that this light-hearted verbal ‘banter’ is only a short step away from behaviour such as I experienced at the cashpoint, street harassment which can very quickly become thoroughly terrifying. I have been approached whilst walking home alone at night by a group of drunken male students. The most inebriated asked where I was going and when I replied “home”, wittily retorted, “There’s space for us all lads!” He then began to follow me, whispering drunkenly in my ear until he was pulled away rather sheepishly by one of his rather more sober friends. On another I was walking with a friend in broad daylight when a car slowed down beside us so that the passenger could lean out and slap my friend’s bottom.

Car windows have been wound down and indistinct calls bellowed at me. A friend walking to a social in fancy dress was followed a good distance down the road by a man in a car, who at one point pulled over in front of her in a side road; she told me quite casually how she had been afraid he would grab her, “But it was alright, because then he gave up and drove off.” All this in a small, quiet, supposedly extremely safe university town.

I’ve been greeted by reactions that could be described as variations on “what’s the point?’ Apparently my doing all this complaining about such trivial and irrelevant issues as sexual harassment, exploitation and stereotyping just creates a whole lot of hassle for people who actually don’t need to hear about it, thank you very much, as well as making me ‘too angry’ on too regular a basis. Well, I am angry. I am very angry, because things like the cut budget for Planned Parenthood, or the misogyny of music video culture, or the the victims of Dominque Strauss-Khan being slandered all over the mainstream press, make me really, really mad. What makes me madder though, is the indifference of many (not all) of my otherwise intelligent, thoughtful, liberal minded friends.

Why is this attitude so common? It seems to me to be partially down to complacency; views such as I had before coming here are endemic. To many, sexism no longer exists and women who claim that it does are simply whining about things that they do not understand and cannot change. I am being naïve in suggesting that complete equality is possible, and humourless in objecting to ‘women in the kitchen’ jokes, wet t-shirt competitions and strip clubs.

I feel like a spokesperson for women’s rights, compelled to do and say the right thing at all times because I represent the modern face of feminism

I should enjoy being honked at; it means I am attractive and obviously no harm is meant by it. I should enjoy having my bum pinched; it is a sign of affection. I should accept that my physical weakness in comparison to most men means that I cannot enjoy the same levels of freedom that they take for granted. My refusal to do these things marks me out as different, militant, angry.

As time has gone on, I have discovered that I am not quite as alone as I originally thought. There is a Women’s Collective which has been defunct for some time but is attempting to relaunch this year. The amount of interest it generates will be an interesting measure of the actual number of feminists hiding away on campus. Campaigning on International Women’s Day was an interesting experience; among the hordes of guys being obnoxious (“When’s International Men’s Day?”, “Get back in the kitchen!”) there were pockets of genuine interest. The SlutWalk movement at the beginning of this year also enabled me to connect with a friend over our shared values. I have been forcing everyone I know to read Caitlin Moran’s How to be a Woman, with some positive results. It seems that there is movement in the right direction. 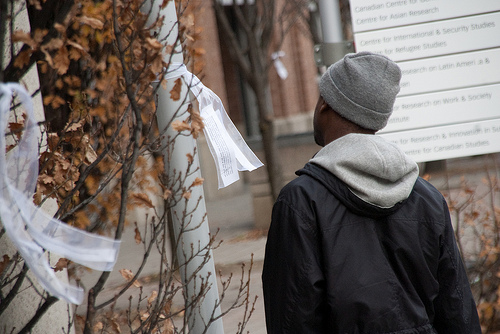 Feminism still seems to encompass my identity. Things I do or say are a representation not of me as a human being, or even a woman, but as a feminist; I am a case study of a dying breed, on show to be questioned and challenged and mocked. The books that I read, the websites I visit, my political and religious views; all are intractable with feminism. Even tiny little things, such as filling my name out on an online booking form as ‘Ms’ as opposed to ‘Miss’, expressing exasperation at being surrounded by boys playing pranks all the time, or incredulity at the lack of female directors nominated for Oscars, are greeted by cries of “such a feminist!”

This is grating, simplistic and slightly exhausting, and also makes me feel incredibly pressured to behave in a certain way. I feel like a spokesperson for women’s rights, compelled to do and say the right thing at all times because I represent the modern face of feminism. It’s scary, yes, but also exciting. I have a real chance to change a small group of people’s perceptions and attitudes, to make them consider a little more closely the way they talk and think about women. So I have to get it right.

This would be deeply terrifying and probably close to impossible had I not sought out sites such as this one in order to find some opinions in sympathy with mine. I am tired already of defending my views against sometimes quite hostile disagreement, but I feel empowered by the hundreds of writers and bloggers, male and female, that I have found on the internet, whose views chime exactly with mine and make me want to punch the air in triumph and relief that I am not old fashioned or alone. The struggle for equality is far from won, and if the most educated and intelligent of our young people persist in behaving like dirty old men, we may have a lot further to go than we imagine. I, for one, am not giving up any time soon.

Cherry Morris is a student in her first year at a British university. She likes lavender, making collages and digital radio. She should probably do some work sometime soon