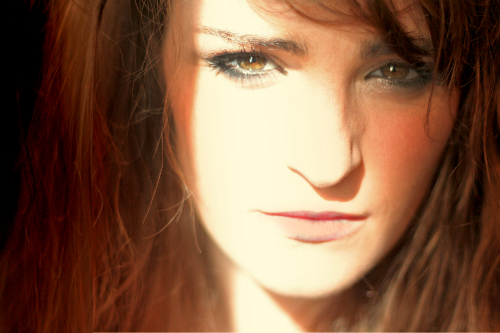 By relying almost entirely on the cello as her instrument of choice, Abi Wade is a musician who deftly defies easy pigeonholing. Her debut release on Love Thy Neighbour Records, a label set up by Esben & the Witch’s Daniel Copeman and Brighton gig promoter Andy Rossiter, reveals her to also be at ease with her craft as a songwriter.

“The first time I was exposed to Abi’s music I was overcome by an urge to release it. At this point there was no label so the label was started for her pretty much”, explains Copeman when discussing their decision to bring out the tracks. “It’s interesting, new and impassioned. The melodies, rhythms and lyrics are all so well considered and enveloping. I am very proud to be releasing this EP.”

While it is possible to see the hand of Joni Mitchell and Bob Dylan on Marling, Wade comes across as a songwriter more likely to have cut her teeth on Judee Sill and Laura Nyro

The opening track ‘Perfect form’ is a taut and emotionally harsh affair in which the drone and occasional jagged notes of the cello are matched by strong and confident vocals. Wade has a powerful voice and maturity of technique. This posession of finely honed skill as well as natural talent suggests she should go far. ‘Green youth great plans’ is a quieter piece, with a softer start. It makes clever use of stop/start rhythms and tension and is more obviously folky. It is definitely the track that is most likely to see her being compared to Laura Marling, yet such a comparison would be inaccurate as their voices are as different as their choice of instrumentation. While it is possible to see the hand of Joni Mitchell and Bob Dylan on Marling, Wade comes across as a songwriter more likely to have cut her teeth on Judee Sill and Laura Nyro and in that respect appears to have more in common with Laura Veirs than Laura Marling. It is particularly telling that piano, not guitar, was her initial instrument of choice as a child.

Both ‘Hope’ and closing track ‘Stability’ are very pared down, stripped back tracks. ‘Hope’ is incredibly eerie and shows a sophisticated controlled performance. Because it’s just Wade and the cello, with maybe just the odd extra bit of quiet percussion, there’s a brave starkness and often disarming simplicity to her songs. ‘Stability,’ the track most likely to find a place on 6Music, is one of the EP’s highlights and reveals Wade’s confidence with her instrument:

While 2011 (much like 2010) has been a year for folk music, with barely an award ceremony or festival going by without an opportunity to trip over handfuls of youthful -and not so youthful- troubadours, Wade’s debut points to at least part of the reason for this: new blood, and good new blood, seems assured.

‘And Blood and Air’ will be released on 28 November and Abi Wade will be performing live in November on the following dates: