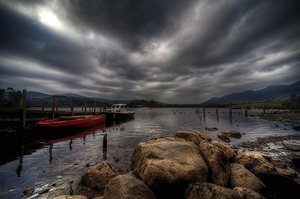 Recently, evidence was found that Vincent Tabak (whom was recently found guilty of murdering Joanna Yeats) was in possession of pornography. The death of Joanna Yeats was remarkably similar to the pornography. There are many different opinions about pornography and its legal admissibility in court. We will feature two guest bloggers and their perspectives on the situation. The F-word understands this is a contentious issue and we would like to respect the opinions of all our readers. What are your opinions? We encourage you to comment below.

As the prosecutor said, in arguments not heard by the jury, he “clearly liked films showing women being held by the neck”.

There’s no hard and fast rule that states pornography shouldn’t be admissible as evidence of propensity. In a recent case – D [2011] WLR (D) 166 (17 May) – the court decided that the fact a defendant charged with child sex abuse had viewed child pornography could sometimes be admissible.

While the fact a person enjoyed viewing such pictures did not mean that he or she had necessarily abused a child, a sexual interest in children made it more likely that allegations of child abuse were true, the court said.

The Tabak decision was also in stark contrast to Preston Crown Court’s recent decision to dismiss a gang rape case because a woman had fantasised on-line about group sex.

If the Preston Court had been consistent with the decision in the Tabak case it would have ruled that evidence of the fantasy was inadmissible because it was “entirely prejudicial” to the victim and said nothing about whether or not she consented to sex on that occasion.

This would undoubtedly have been to the victim’s advantage, in that the case would have gone to trial after all.

So it may be in women’s interests that evidence of “propensity” is not admissible in sexual crimes.

By a further extension of the reasoning in the Tabak case, we could also logically argue for rape cases to exclude details of a woman’s dress, for example.

What a woman was wearing has no bearing whatsoever on whether she consented to sex with a particular man.

But like alcohol consumption, “provocative dress” is considered so prejudicial to juries that the director of public prosecutions recently had to order prosecutors not to automatically drop cases involving these factors.

The above picture was taken by Cumbrian Snapper used under the Creative Commons License.