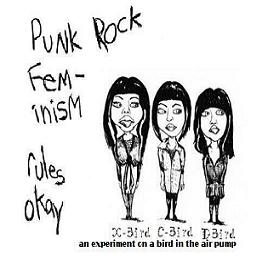 Music paste up: Lauren Laverne and two up and coming events in Manchester

On the 17th November Manchester’s Cornerhouse will be hosting a panel discussion entitled Breaking The Band.

“Thinking of forming a band or taking your group to the next level? This event will uncover the myth of band dynamics particularly exploring when ‘bands go bad…’ Is this purely down to band dynamics and creative differences or can questionable management and record label influence also be to blame?” asks the blurb.

This last point ties in slightly with an article in the Guardian from July, following the death of Amy Winehouse.

Speakers confirmed so far include Morgan Quaintance, the former guitarist in Does It Offend You Yeah?, and “all female London based trio An Experiment On A Bird In The Air Pump,who suddenly disbanded after recording their debut album with the legendary Steve Albini [Nirvana, PJ Harvey]”

The event will be chaired by Simon Price, “music writer for The Independent on Sunday, Dj and author of ‘Everything: A Book About The Manic Street Preachers’.”

The event will start at 6:30pm, booking is required, and tickets cost £4 full or £3 for concessions. The event is taking place as part of the As easy as one, two, three? Music Industry Panels season.

Earlier this week The Guardian’s John Harris interviewed Lauren Laverne about sexism in TV, Kenickie, music, and whether she now regrets calling the Spice Girls ‘Tory Scum’. You can watch the interview here. (NB: I did try to embed this film for easier viewing, but for some reason it would only work for a bit before going wrong…)

On Tuesday 13th December Freedom From Torture will be holding a Human Rights Day gig at Manchester’s Band On The Wall.

The event will run from 7pm to 11pm, and will feature performances from singer-songwriter Gideon Conn,

the ever lively and infectious punk rock band Stand Out Riot, and the unique and culturally diverse Beating Wing Orchestra”

You can buy tickets from Freedom From Torture here

And can visit the Band on the Wall site here

If anyone would like to review either Breaking The Band or the Human Rights Day gig at Band On The Wall, please could you email [email protected] and I will organise tickets for you.