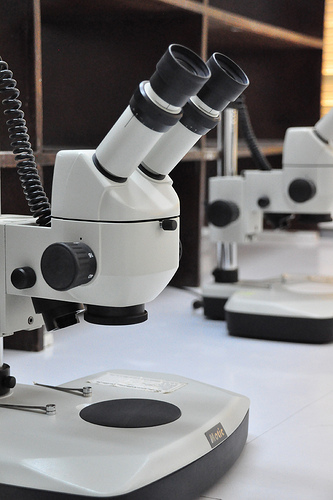 Among academic scientists, to be published in Nature is a rare and highly-prized achievement, an instant boost to the career. It’s an extraordinarily prestigious and “high impact” (that is, heavily cited) journal, which reaches a much wider audience than most scientific publications.

Obviously, a flippant piece of fiction cannot and should not be held to the same standards as something which purports to be scientific research – although Maud knows there’s rubbish of that variety getting taken seriously too. Nevertheless, especially given its influence among the scientific community, it’s disappointing that Nature chose to publish a trite – and in any case poorly written – sexist short story by one Ed Rybicki.

This painful effort at humour centres around the tiresome and belittling stereotype that women have some special female affinity for locating obscure objects in a shopping centre (children’s underwear is the primary example). It posits that this is best explained by our ability to access parallel universes; and that proof of this exotic behaviour can be found through the corroboration of those “who could be relied on to observe such phenomena” – who are, Rybicki helpfully informs us, “male, obviously”. The story is even helpfully called Womanspace: just to remind us where we, with our ladybrains, belong.

To its credit, Nature has also published two letters criticising this piece of sub-entertainment drivel for its sexism. As Ylaine Gerardin and Tami Lieberman write:

What a surprise to learn that the talent of women for locating objects while shopping comes not from years of experience of domestic chores while our menfolk go hunting for the latest electronics, but from an innate ability to access “womanspace” in parallel universes…

…it is hard to laugh off implications that routine domestic duties involve mysterious rites known only to women, and that only men are reliable observers who can make scientific discoveries.

Rybicki’s story reflects the pernicious prejudice that biology inherently limits women’s success at the highest levels of government, business and science. In our view, it is distasteful to publish fiction that promulgates such sexist notions, even if it was written tongue-in-cheek. We should instead be encouraging the dissolution of the last bastions of ‘manspace’.

The story places women and men in fundamentally different categories: women are well organized and domestically oriented, whereas men are useless in everyday life but come up with theories about the Universe. It is this subconscious categorization that can hurt women as they climb the academic ladder.

Rybicki’s story trades in the grating sexist tactic of assigning to women and girls some putative innate “superiority”, usually in the field of domestic and emotional labour, so as to justify shunting the burden of such work onto women. So don’t ask men who share homes with women to take up their fair share of the household shopping or childcare; or don’t ask men to think for a moment about the impact of their words before they speak, or pen a narrative; because those are far too mysteriously complex for the poor simple souls, with their “few clear objectives”, which preferably don’t involve having to consider the needs or interests or anyone else around them. Bothering with other people: that stuff devolves upon womenfolk, don’t you know.

When material of this variety is deemed appropriate for publication in Nature, that’s a worrying sign of the sorts of mindset regarded as acceptable among scientists. This is true even though it’s meant to be entertainment. Indeed, arguably, the question of what is considered to amount to fun for all is particularly revealing of the social environment which current and aspiring woman scientists face in their professional community: a community in which opportunities for collaboration, and thus the esteem of peers, open many a door.

What happened to Rosalind Franklin didn’t take place so long ago.

Edited to add: There’s a great round-up of other take-downs here.